Ko had served in the post since April last year after working as deputy spokesperson for President Moon Jae-in for two years.

"I have been the mouth of the president for three years. Now, I would like to become a mouth of the people, working toward my political goal," she said during her farewell meeting with reporters at the Cheong Wa Dae press room.

The ruling Democratic Party reportedly requested Ko to join the race but it has yet to confirm what constituency she will run in.

Cheong Wa Dae said it's still looking for her successor. 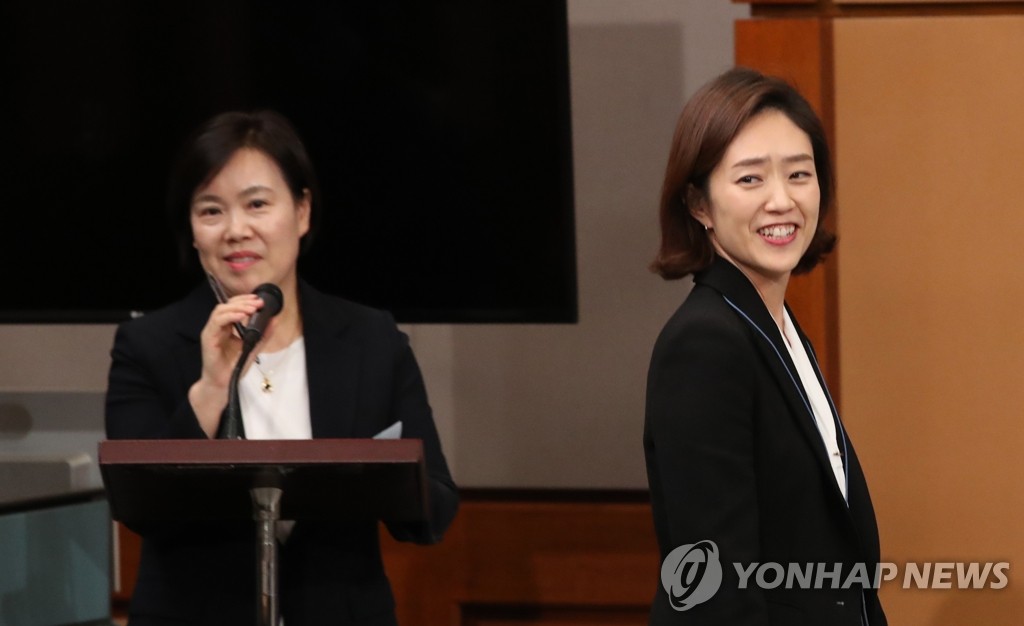 Yoo Song-hwa, director of the Chunchugwan press center of Cheong Wa Dae, also quit to throw her hat in the electoral ring.

Yoo said she is proud of having served at Cheong Wa Dae.

"I plan to take a new path on the basis of pride," she told reporters. "I am afraid (of the new challenge) but I can't go on a new way without dreaming a dream."

Under South Korea's election law, civil servants are required to quit their public jobs no later than 90 days ahead of the polling date -- Jan. 16 for this year's poll.

The three officials are the latest Cheong Wa Dae aides to Moon to join the election race. Around 60 people who have worked with Moon either under his administration or the Roh Moo-hyun government are reportedly setting their sights on parliamentary seats through this year's elections, although some have voiced concern about the rush to the elections by Moon's former and current presidential aides.

Other officials to run include Moon's first and second spokespeople at Cheong Wa Dae -- Park Soo-hyun and Kim Eui-kyeom.

Yoon Young-chan, who served as Moon's senior press secretary for more than a year from May 2017, is also preparing for an election campaign.