The meeting came as relations between Seoul and Tokyo have been strained following Tokyo's imposition of export restrictions on Seoul in protest of the South Korean Supreme Court's rulings that ordered Japanese firms to compensate victims of wartime forced labor.

In response, the South decided to terminate a military information sharing pact with Japan -- the General Security of Military Information Agreement. But the planned termination was suspended at the last minute in November, with the two countries agreeing to hold talks on the issues of export controls and forced labor. 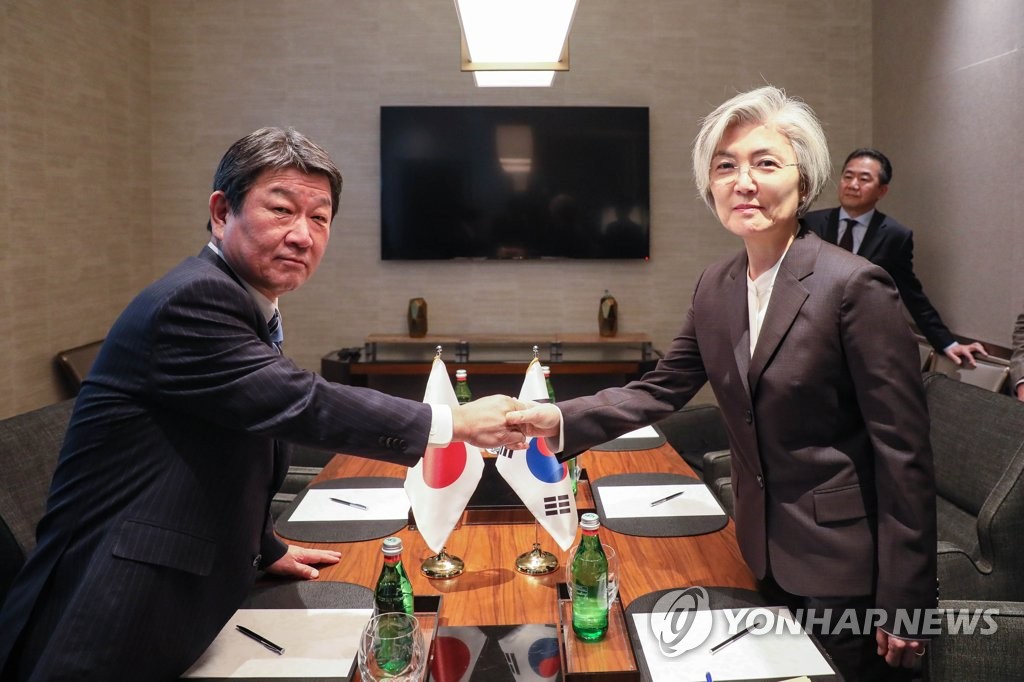 In Tuesday's talks, Kang reiterated Seoul's call for Japan to retract the export controls and urged that the trade authorities of the two sides should speed up the dialogue process.

She also repeated that her government respects the court decisions and any solution to the problem must have the support from the victims.

At the end of the meeting, the two ministers had a five-minute conversation on their own after asking all other officials to leave the room, raising speculation that it could have been about a solution for a real breakthrough.

The talks served as "an occasion where the two sides reaffirmed the importance of dialogue and cooperation," another ministry official said.

Regarding North Korea, they shared the need for continued bilateral and trilateral efforts with the U.S. to facilitate the stalled dialogue between Washington and Pyongyang for complete denuclearization and lasting peace in the region, according to the ministry.