SEOUL, Jan. 15 (Yonhap) -- Unification Minister Kim Yeon-chul has pledged to take possible measures to improve relations with North Korea, rather than waiting for progress in negotiations between Pyongyang and Washington, according to civic group officials.

The remark, made during a luncheon meeting with representatives of pro-unification civic and religious groups on Tuesday, is in line with President Moon Jae-in's vow to expand inter-Korean cooperation so as to help facilitate stalled nuclear talks between Washington and Pyongyang.

"We will review various measures, such as cooperation with international organizations and individual tours, to put in active efforts in improving inter-Korean relations," Kim was quoted as saying by civic group officials.

Kim also said the government will take a more "flexible" stance this year to make conditions for dialogue.

Speaking at his New Year's press conference on Tuesday, Moon said cooperation between the two Koreas could lead to international support for sanctions relief and facilitate the stalled nuclear talks between Pyongyang and Washington.

Despite international sanctions on the North, Moon said there are still ways to seek cross-border exchanges, such as allowing individual tours to the North and seeking joint reconciliation projects in regions along the heavily fortified border.

The government has been considering allowing individual tours to the North's scenic Mount Kumgang since Pyongyang threatened last year to end the joint tourism project that has been suspended since a South Korean tourist was shot dead near the mountain resort in 2008.

The project's formal resumption would require a sanctions waiver because it would involve bulk cash transfers to Pyongyang. But individual tours can be pursued without concern about violating sanctions, officials said. 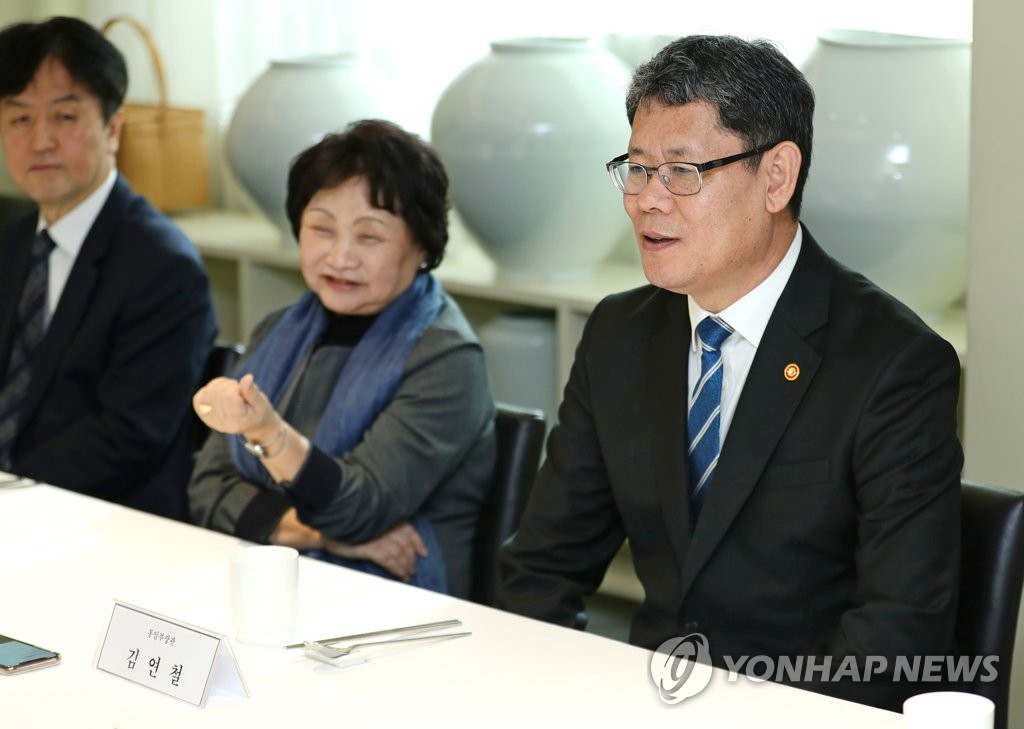