SEOUL, Jan. 15 (Yonhap) -- Former Prime Minister Lee Nak-yon resumed his political activity as a member of the ruling party Wednesday amid expectations that he will play a key role in the party for the April 15 parliamentary elections.

"I've never left the party. There was physically a distance, but I've never distanced myself (from the party) in my heart," Lee told reporters after meeting with senior party members at the National Assembly.

Speculation is rampant that he may run in a district of the Jongno ward in central Seoul or serve as co-head of the party's election preparation panel.

"The DP will make a decision," Lee said, when asked if he has decided to run in the electoral precinct.

Jongno is regarded as a symbolic constituency in Korean politics where key political heavyweights were elected. Chung, a six-term lawmaker, was elected in the district in 2012 and 2016.

Hwang Kyo-ahn, chief of the main opposition Liberty Korea Party, recently announced that he will run in a "tough" electoral district in a metropolitan area. His remarks raised expectations that a "big" race between Lee and Hwang could unfold in Jongno.

Lee appears to be prudent in publicly talking about his plan related to the elections.

"I've not discussed (my role) with the party so far," he said. "It is not appropriate for me to hasten or press until the party makes a decision." 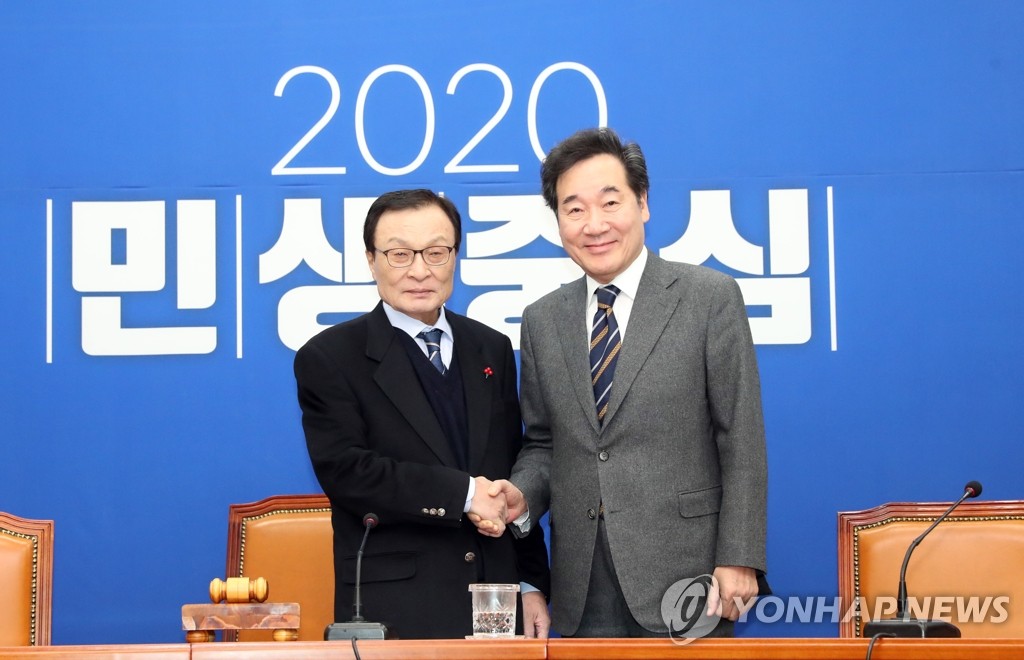