SEOUL, Jan. 15 (Yonhap) -- Prime Minister Chung Sye-kyun instructed government officials Wednesday to closely monitor the repercussions of tensions between the United States and Iran on the South Korean economy and boost their readiness to make a swift response.

Chung, who took office Tuesday, said there has been no reported damage to South Korean companies in the Middle East and South Korea's oil imports and trade remain stable.

"But if the unstable situation in the Middle East continues, it could have repercussions on the Korean economy by raising oil prices and undercutting exports," Chung said, presiding over his first Cabinet meeting.

"So each ministry should closely monitor the risk factors through now-operating response teams and manage the situation stably," he added. 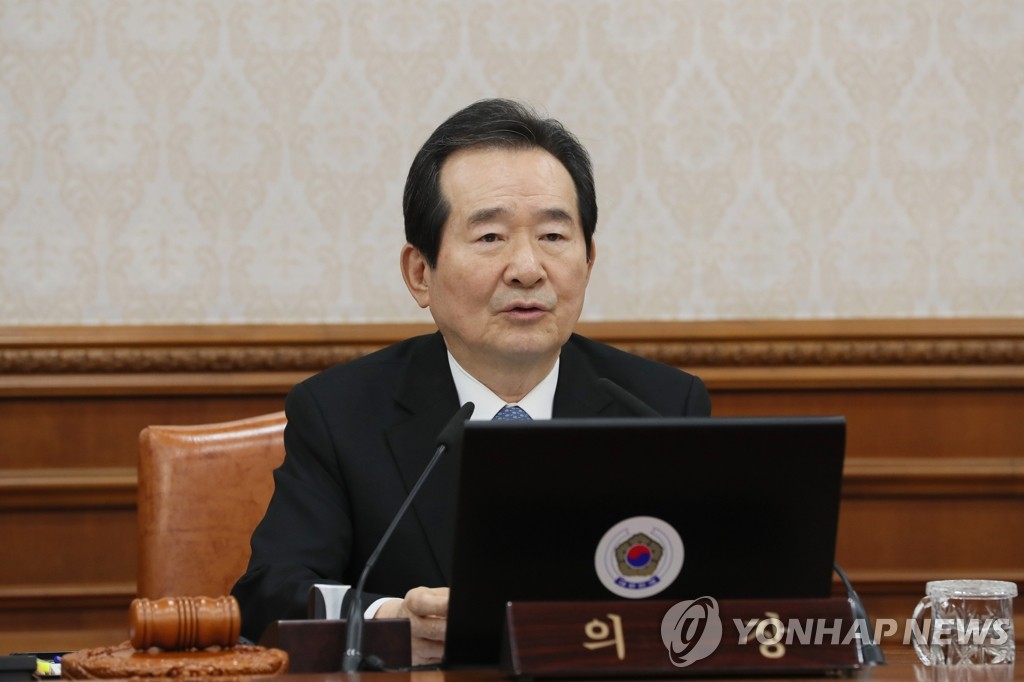 Tensions in the Middle East worsened after Tehran launched a missile attack on U.S. bases in Iraq earlier this month in retaliation for the U.S.' killing of a top Iranian general.

Chung ordered the trade, finance and foreign ministries to raise their readiness to tackle any deterioration of the situation.

"What's most important is the safety of Korean nationals. The government should consistently check the safety of people and ships by tightly operating communication networks with diplomatic missions, Korean residents and companies in the region," he added.