The GV80 is the fourth model of the Genesis lineup, which is currently composed of the G70, G80 and G90 sedans. 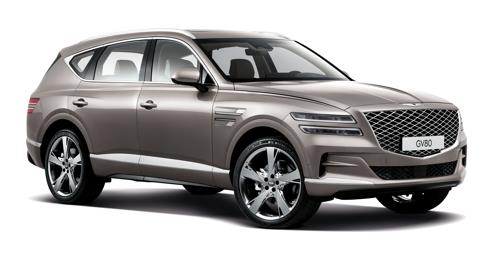 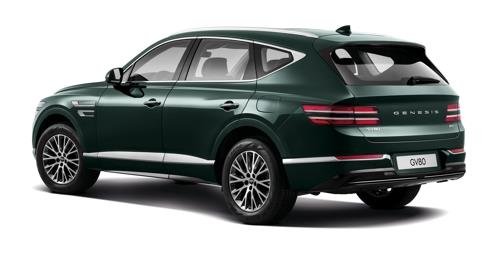 The three-row, rear-wheel-drive SUV is equipped with a 3.0-liter diesel engine and various advanced features for safety and convenience, the statement said.

The diesel-powered GV80 has a starting price of 66 million won (US$57,000), with prices rising to up to 89 million won depending on options.

The GV80 appears to have price competitiveness in the local luxury SUV market, where it aims to compete with BMW's X5, Mercedes-Benz's GLE, Audi's Q7 and Volvo's XC90.

The Genesis lineup will comprise six models -- three sedans, two SUVs and one all-electric car -- by the end of 2021. The second Genesis SUV model is widely expected to be based on the G70 sedan.

Looking ahead, Hyundai said it will put a bigger focus on selling more SUV models, including the all-new Tucson and face-lifted Santa Fe, in the U.S. market.