He pointed out that 2020 marks the 70th anniversary of the outbreak of the Korean War in his statement for an annual Korean American Day event held in Washington, D.C., on Tuesday (local time), according to Cheong Wa Dae. It was read by Ambassador to Washington Lee Soo-hyuck on behalf of the president.

"(I) feel like that all Koreans are more desperate in their aspiration for peace and prosperity on the Korean Peninsula," Moon said. "The government won't stop efforts for a 'peaceful Korean Peninsula' on the basis of the South Korea-U.S. alliance that has defended freedom and democracy." 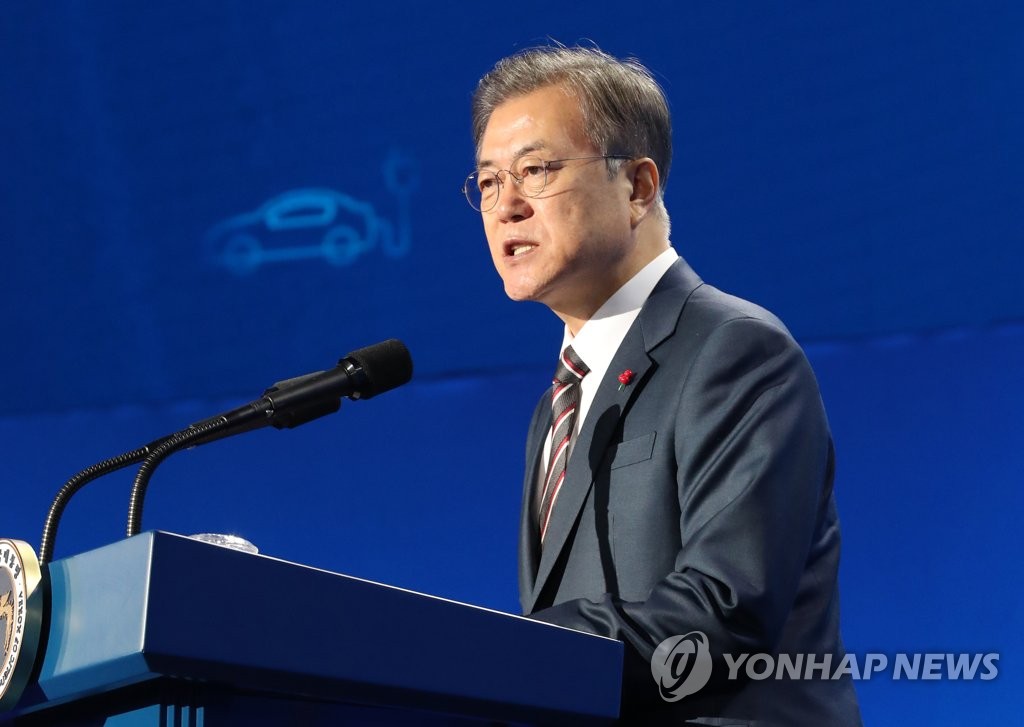 He also said his administration will increase the number of consular officials abroad in charge of accidents and other incidents and strengthen the legal and systemic foundation to provide Koreans in foreign countries with educational support.

More than 2.5 million Koreans reside in the United States, according to an official tally.

The president said he is proud of their role as "civilian diplomats" in cementing the friendship between the two nations.

President Donald Trump sent his own greetings to Korean Americans, saying the U.S. is "continuously enriched" by their contributions, according to the South Korean Consulate General in Los Angeles.

"You are integral parts of our communities and our great American story, bolstering our roaring economy, strong national defense, and public service," he wrote in a letter for the ceremony held at the Rayburn House Office Building.

Trump called it an opportunity to acknowledge the significant impact of Korean Americans on the U.S. and reaffirm his government's commitment to strengthening the bond of friendship between the allies and "continuing to foster a culture of deeper understanding and respect."

Korean American Day on Jan. 13 is to commemorate the arrival of the first Korean immigrants to the U.S. in 1903.

Moon says no letup in 'peaceful Korea' bid based on alliance with U.S.

Moon says no letup in 'peaceful Korea' bid based on alliance with U.S.