SEOUL, Jan. 15 (Yonhap) -- Former Australian Open semifinalist Chung Hyeon has pulled out of qualifying for this year's event with a hand injury, his agency announced Wednesday.

IMG said Chung has been diagnosed with tendinitis in his right hand and will not compete in the qualifying round of the Australian Open. Chung had been scheduled to face Lorenzo Musetti of Italy in the first qualifying match.

Chung reached the semifinals of the Australian Open in 2018, the best performance by a South Korean player at a Grand Slam event. He was knocked out in the second round in 2019. 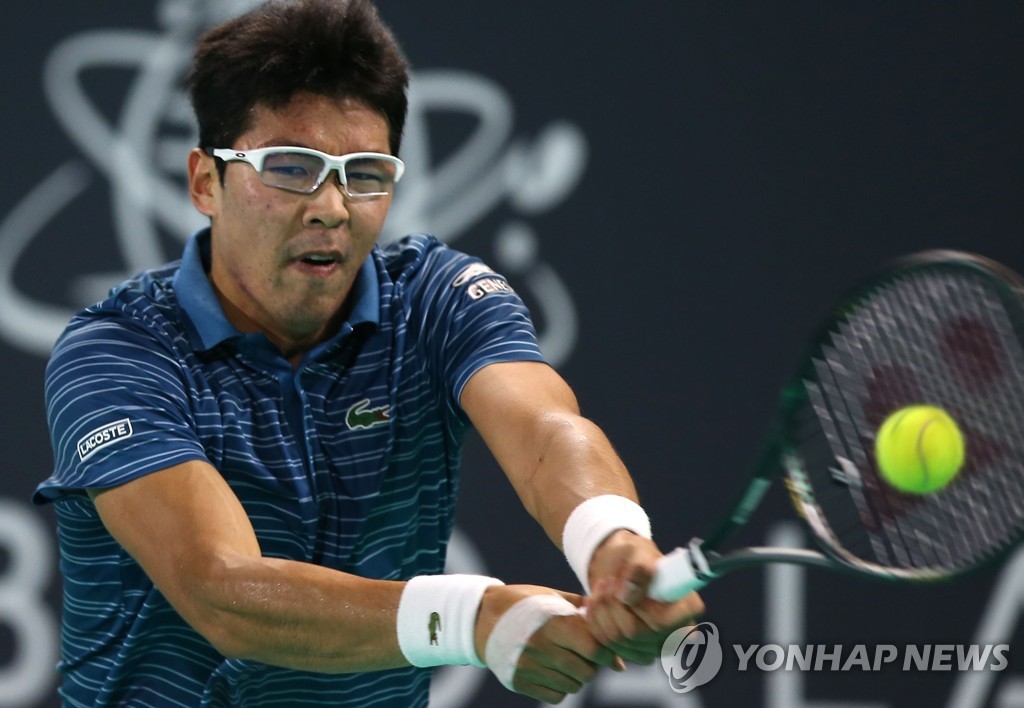 Chung, 23, has been hampered by assorted injuries since his surprising appearance in the final four in Melbourne two years ago. He had to retire from that semifinals match against Roger Federer with blisters on his foot, and he kept having blister issues for the rest of 2018. He missed half of 2019 with a back injury.

He reached a career-high 19th in the world rankings following his Australian Open run but has since fallen all the way to 126th.

Kwon Soon-woo, the highest-ranked Korean today at No. 83, is currently the only player from the country set to compete in the big tournament.

Lee Duck-hee won his first qualifying match on Wednesday and must win two more matches to make it to the Australian Open, which begins next Monday.