Forward Oh Se-hun celebrated his 21st birthday with a two-goal performance, helping South Korea to their third straight victory in Group C at the Asian Football Confederation (AFC) U-23 Championship at Thammasat Stadium in Rangsit, Thailand.

The AFC tournament doubles as the Asian qualifying event for the 2020 Tokyo Olympics, with the top three teams here punching their tickets to Japan this summer. South Korea are trying to qualify for their ninth consecutive Olympics. 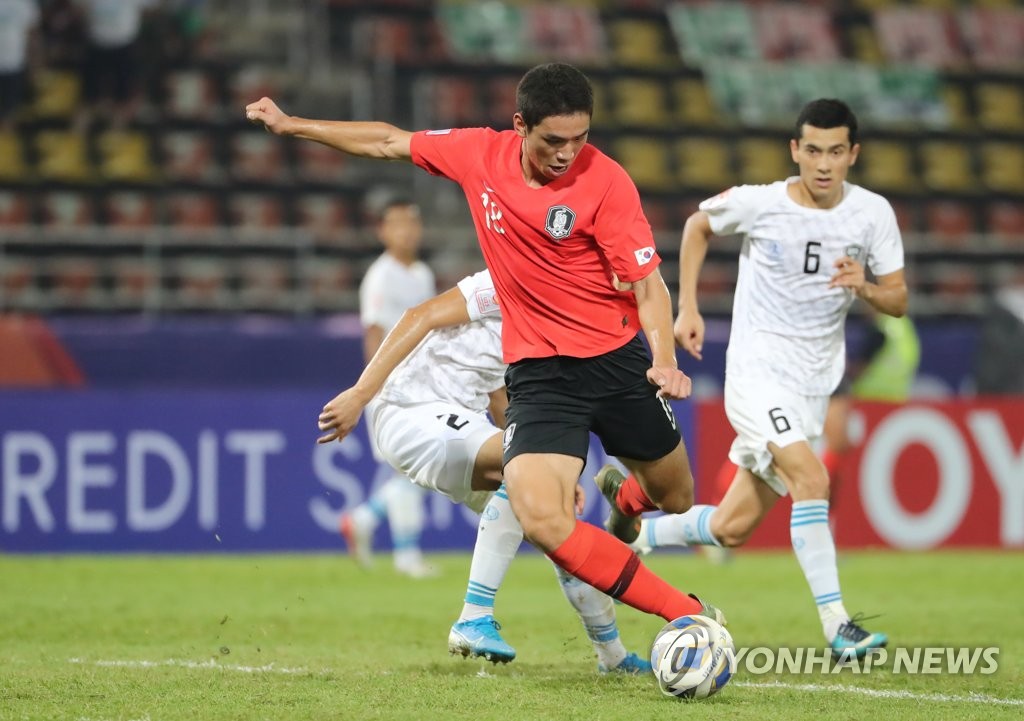 Coached by Kim Hak-bum, South Korea had already clinched a knockout berth by winning their first two Group C matches over China and Iran. South Korea only needed a draw on Wednesday to claim the first seed and set up a quarterfinals match against the Group D runner-up on Sunday at 5:15 p.m. local time, or 7:15 p.m. in Seoul.

As the Group C winner, South Korea will get to stay in Rangsit for the quarterfinals. From Group D, the United Arab Emirates, Jordan and Vietnam all have a chance to advance to the knockouts, depending on the results of their final group matches on Thursday.

Uzbekistan finished behind South Korea in Group C with four points. Iran also had four points but Uzbekistan had a better goal difference, plus-1 to Iran's zero. China ranked last in the group with three losses.

South Korea and Uzbekistan traded a goal apiece in the first half. South Korea got on the board in the fifth minute, as Jeong Seung-won's shot from outside the box went in off Oh's right shoulder. The bizarre scoring play -- which came after Jeong jumped on a botched clearing attempt by Khusniddin Alikulov -- stood after a brief video review.

Uzbekistan tied things up in the 21st minute on Bobir Abdixolikov's floating header. Azizjon Ganiev sent a sharp cross from the right side and Abdixolikov beat defender Jeong Tae-wook to the ball and sent it over the head of goalkeeper Song Bum-keun. 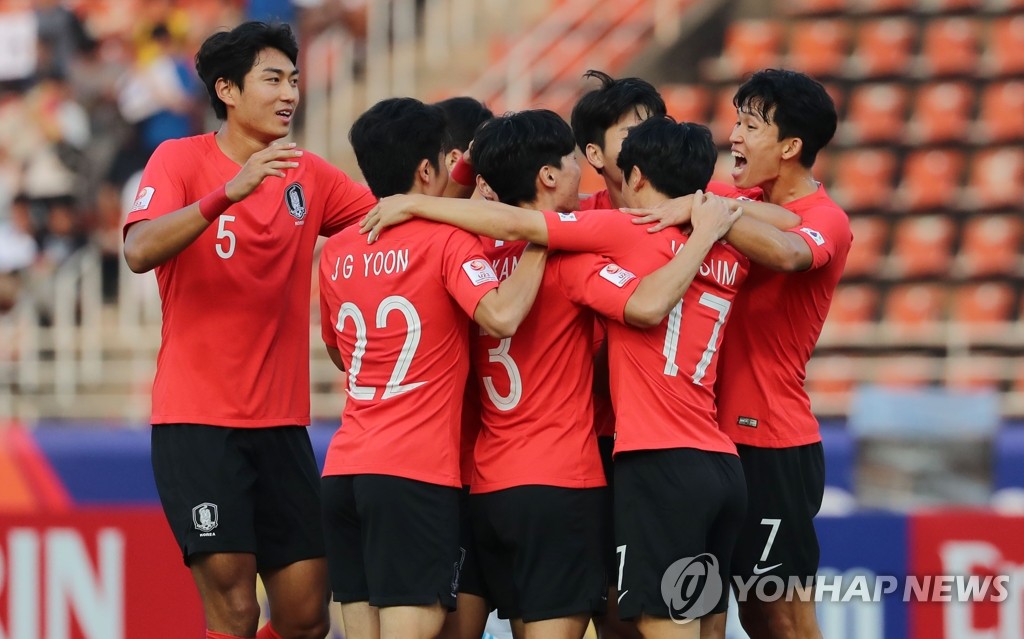 Jasurbek Yakhshiboev nearly put Uzbekistan ahead five minutes into the second half, as his left-footed shot from the center of the box rolled just right of the net.

Oh scored his second goal of the match -- this time, with his own foot -- in the 71st minute to break the deadlock.

Oh took a one-touch pass from Lee Dong-gyeong with his back turned to the net, and the forward deftly pivoted around Islomjon Kobilov and struck the ball into the bottom left corner.

Oh started the first group match against China last Thursday and struggled to handle passes in and around the box. He was relegated to the bench for the next match against Iran on Sunday, and watched his replacement, Cho Gue-sung, score a beauty in a 2-1 victory.

But Oh returned to action on Wednesday and staked a claim to the starting job by grabbing a brace.

Coach Kim praised his players for buying into his tactics, and said his team will keep getting better from here and on.

"We've been preparing for every match like it's our last, and that mindset will not change," Kim said. "Our players executed the game plan really well."

Kim said there's a great deal of confidence up and down his roster that anyone can step into the starting lineup and take care of business.

The coach also said he was pleased with the way Oh bounced back from his forgettable tournament debut from last week.

"Oh Se-hun has to be playing at a high level in order for us to get better as a team," Kim said. "I think this match has given him a boost of confidence." 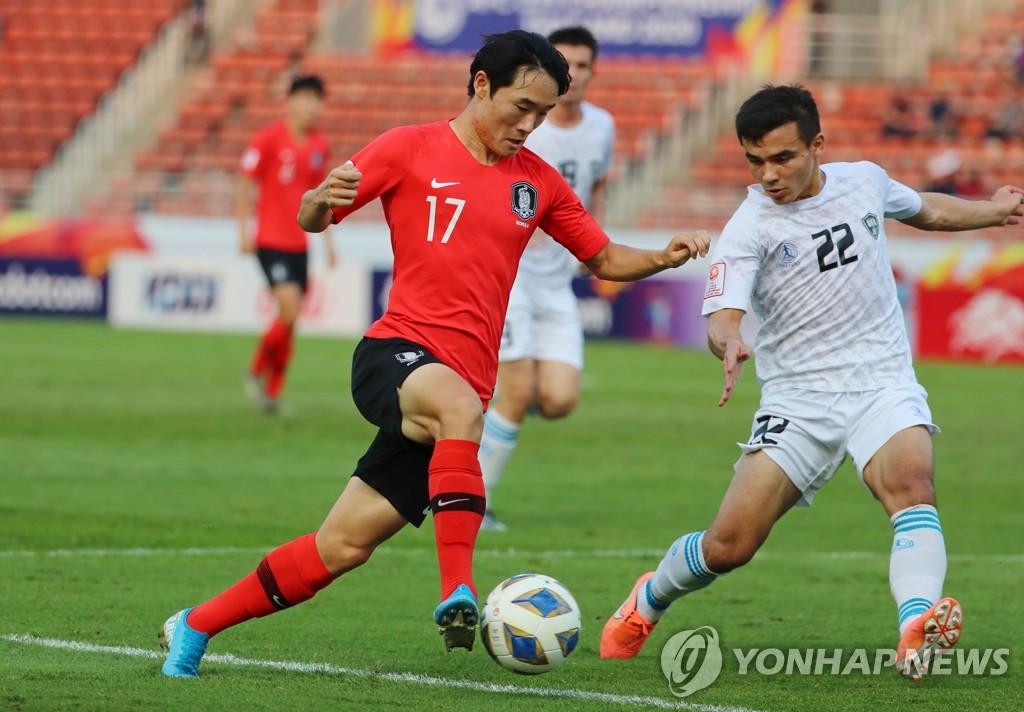