He emphasized that the country has great potential to become an AI powerhouse while starting a meeting to receive a briefing from the Ministry of Science and ICT and the Korea Communications Commission on this year's core policy goals.

It was held at the Electronics and Telecommunications Research Institute (ETRI) inside the Daedeok Innopolis located in Daejeon, 160 kilometers south of Seoul. The state-funded ETRI is an AI technology research hub of South Korea.

"(We) should secure future jobs with the power of information and technology and advance the era of an innovative, inclusive nation," Moon said.

The key is to become a science-technology power and the No. 1 leader in the AI field, he added. 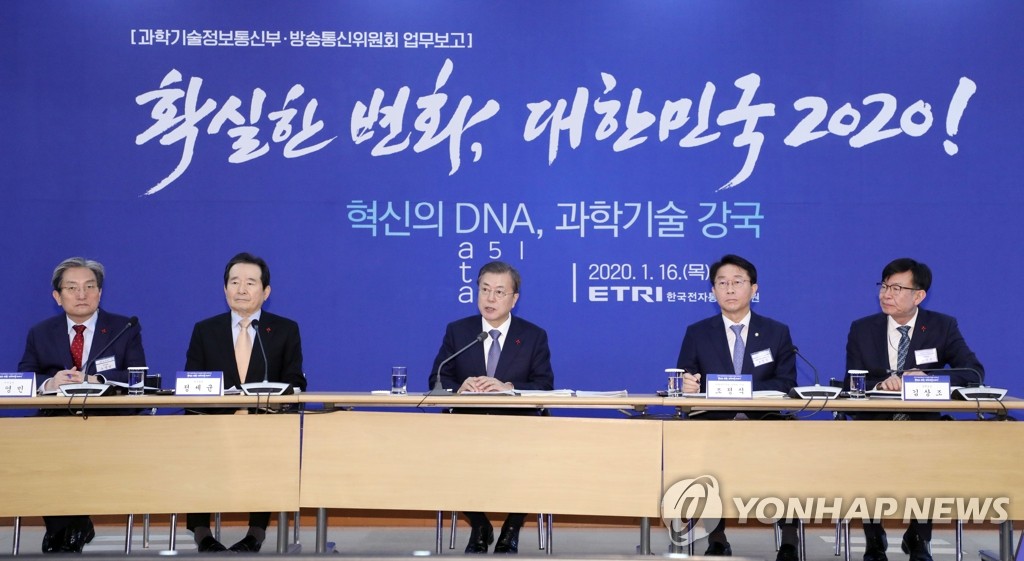 South Korea has "adequate potential to make a leap as an AI power," Moon said, citing its advanced IT sector. "Pulling off the potential into a reality is the task the government should do."

The president also raised the need to complete the establishment of 5G networks nationwide by 2022, calling it the "infrastructure of South Korea's innovative growth."

The government will take the initiative in efforts to nurture AI-related unicorn companies in the nation via support for the training of manpower, Moon said. 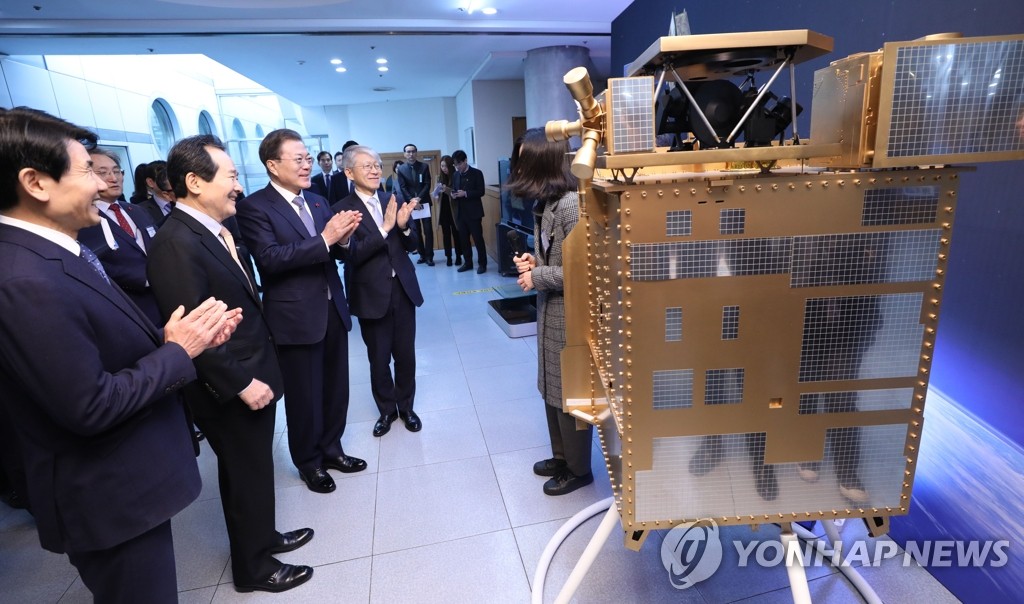 He also called for comprehensive policy measures to fight the spread of fake news, a negative effect of the rapid growth of new media.

"We can't emphasize the public responsibility of broadcasting too much," he said. "The amount of information (flowing) is growing enormously, with media and channels becoming diversified."

He instructed the Korea Communications Commission to pay particular heed to protecting the people's rights and interests from fake news and "illegal harmful information." The commission is in charge of regulating broadcasting and communications services in South Korea.

The country's new prime minister, Chung Sye-kyun, attended the meeting as well, along with other senior government officials and ruling party lawmakers.

Moon chose the ministry and the commission as the first group of government bodies to provide him with annual policy reports. He also picked the research institute as the venue.

The event highlights the Moon administration's resolve to achieve innovative growth based on the development of science and technology and to revitalize the economy, according to deputy Cheong Wa Dae spokesperson Han Jung-woo.

The president plans to receive new year policy reports from ministries through February under the slogan of "Tangible Changes, Republic of Korea 2020," according to the official.