SEOUL, Jan. 16 (Yonhap) -- South Korea's auto exports moved down 1.9 percent in 2019 from a year earlier amid a global economic slowdown and a lack of new models from local producers, data showed Friday.

South Korean carmakers shipped a combined 2.4 million units overseas last year, compared with 2.45 million units a year earlier, according to the data compiled by the Ministry of Trade, Industry and Energy.

In terms of value, auto exports moved up 5.3 percent on increasing popularity of high-end cars, including eco-friendly models to US$43 billion.

In December alone, the country's automobile exports dropped 6.7 percent on-year to extend their on-year drop to a fifth consecutive month.

The country's outbound shipments of cars have been decreasing since August in terms of units, after expanding 11.6 percent in July, the data showed. 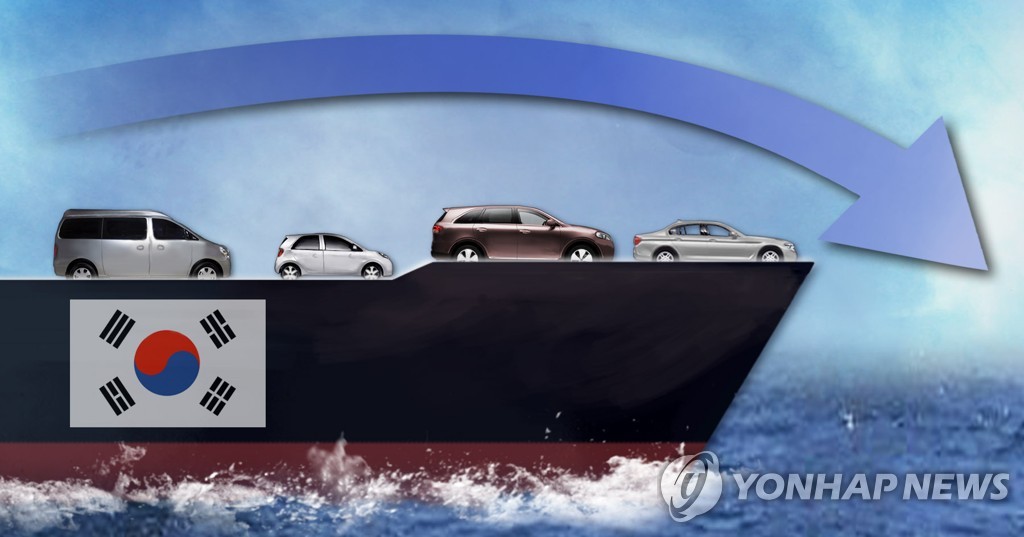 Outbound shipments of cars by Hyundai Motor Co., the largest player, jumped 8.3 percent in December, on the back of a rise in SUVs, such as the Palisade and the Kona.

Exports of Kia Motors Corp., a sister arm of Hyundai, plunged 21.4 percent over the period on the firm's efforts to reduce overseas inventories.

The country's auto output decreased 1.9 percent in 2019 to 3.95 million units, due to a fall in production at Renault Samsung Motors Corp. and strikes at GM Korea Co.

Of the volume, import cars accounted for 263,000 units, down 6.4 percent on-year, due mainly to the faltering sales of Japanese cars amid the prolonged trade row between Seoul and Tokyo.