SEOUL, Jan. 16 (Yonhap) -- North Korea's state radio on Thursday lashed out at the United States over the rotational deployment of an Army unit to South Korea, branding Washington deceptive for talking of dialogue while bringing weapons to the Korean Peninsula.

"On Saturday, the brigade announced the launch of transfer of its latest tanks and armored vehicles," the report said. "Such U.S. attitude discloses the deceitfulness of its call for dialogue which it has been speaking of in front of the world."

Earlier, the unit said the routine rotations to South Korea "add to the defense of the Asia-Pacific region and strengthen relationships with our allies and partners."

North Korea has long criticized the U.S. over its joint military exercises with South Korea and introduction of new weapons to the peninsula, calling them an expression of its ambition to invade. 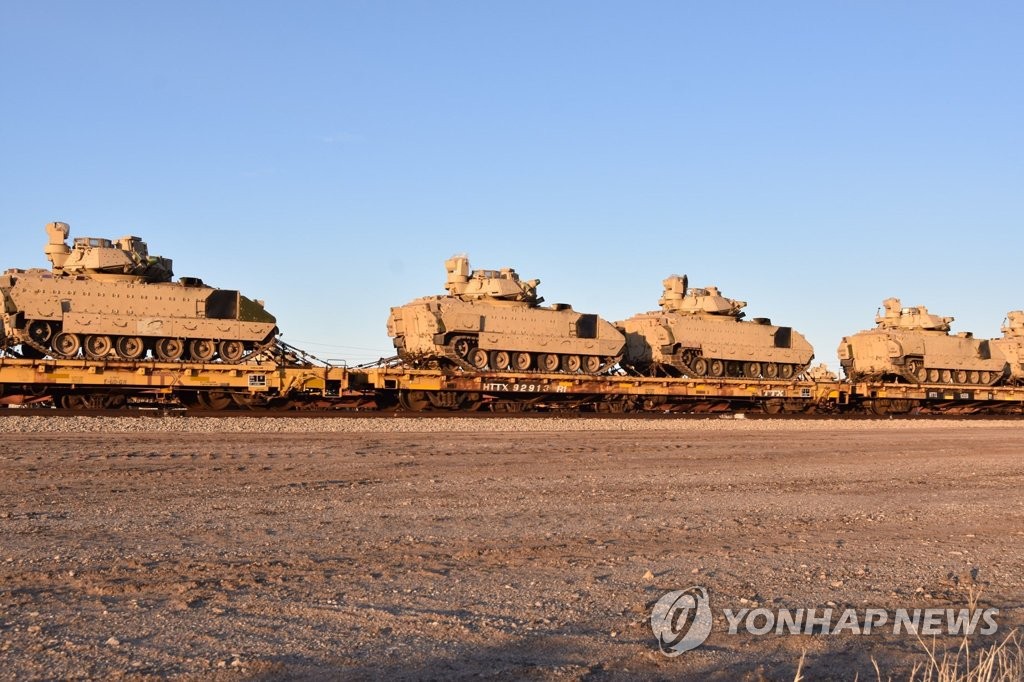