Exports of these products reached US$106 million in 2019, marking a sharp rise from $89 million posted a year earlier, according to the Ministry of Agriculture, Food and Rural Affairs. It also nearly doubled from $55 million posted in 2015.

These products cover a wide range of foodstuff, such as snacks, noodles, drinks, and ready-to-eat meals. 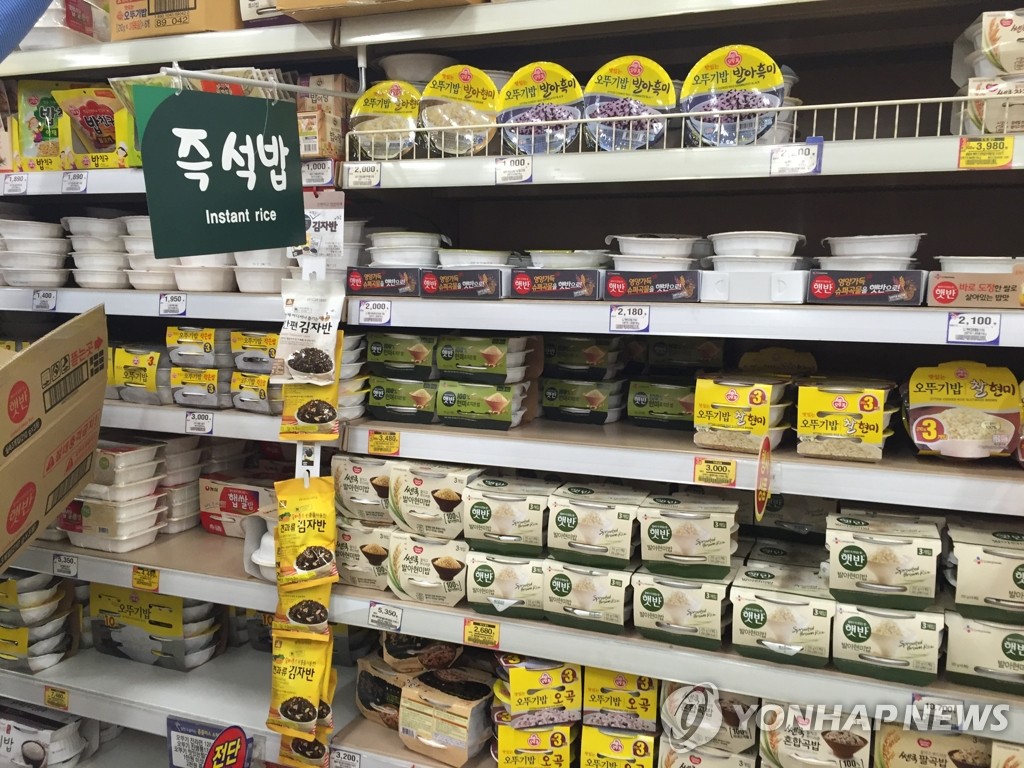 Outbound shipments of rice cakes and related products, such as "tteokbokki" -- rice cakes in chili pepper sauce -- soared nearly 40 percent to $34.3 million over the period, the ministry data showed.

Exports of microwavable rice also shot up 36 percent on-year last year to $34.6 million. South Korea's exports of rice-based alcoholic beverages, on the other hand, slipped 2.1 percent over the period to $13.7 million.

By country, exports to Vietnam increased 25.2 percent to $13 million, with shipments to the United States and Japan also rising 19 percent and 18 percent, respectively, to $36 million and $16 million, it added.

Other major destinations included China, the Philippines, Hong Kong and Australia, according to the ministry.

Rice is a key staple food for Koreans, but its consumption has been on a steady decline in recent decades due mainly to changes in diet and eating habits. South Korea has been making efforts to foster its rice-processing businesses to increase the demand and exports.

On the back of such efforts, the country's consumption of rice for processed goods reached 568,000 tons in 2018, rising 5.6 percent on average over the past five years.

The local market for processed rice products was estimated at 5.3 trillion won (US$4.57 billion) in 2018, the ministry said.