SEOUL, Jan. 16 (Yonhap) -- South Korea's financial watchdog on Thursday was unable to determine penalties for the heads of two major lenders over what it earlier determined to be improper selling of derivative-linked products.

The Financial Supervisory Service (FSS) launched deliberations on disciplinary actions against the heads of Woori Bank and KEB Hana Bank, after ruling that about 20 percent of 3,954 sales cases of the two banks may have violated the law or the companies' internal rules.

But the FSS told reporters late Thursday that the day's hearings went on for too long and it will hold another round of deliberations, scheduled for Jan. 30, though the timing could be moved up. 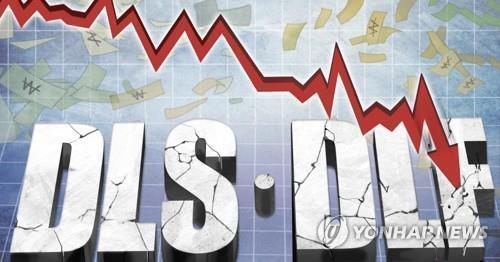 The so-called derivative-linked fund (DLF) products were designed to return large profits when the interest rates of specific countries, including Britain and Germany, stayed above a certain level.

However, many consumers here have reported losses of up to or over 90 percent of their investments after interest rates or bond yields in the major economies plunged.

The FSS earlier noted the local banks may have missold the products by failing to provide adequate information or explain the high risks involved to their consumers, telling the heads of the two lenders in advance that they may face "serious" disciplinary actions.

Those submitted to serious disciplinary actions by the FSS are barred from running for reelection as the head of a commercial bank or working for any financial institutions for up to five years, according to the FSS.

Sohn Tae-seung, chairman of Woori Financial Group and Woori Bank CEO, and Ham Young-joo, vice chairman of Hana Financial Holdings, who was KEB Hank Bank CEO at the time of alleged misselling, both attended the hearings but didn't speak to reporters.
(END)