Naver's D2 Startup Factory, also known as D2SF, said it has selected the four startups that have expertise in sectors, such as genome data and Alzheimer's diagnosis.

The amount of investment has not been disclosed.

"Digital health care is one of the fastest growing sectors in the global market," said Yang Sang-whan, an official in charge of D2SF. "We will continue to support them so that they can further grow and explore ways to grow together." 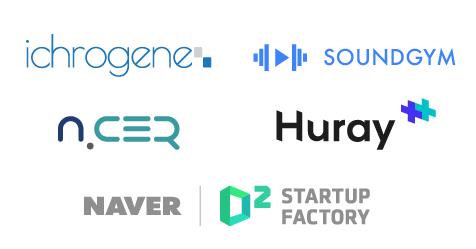 Since 2015, Naver has supported promising entrepreneurs with advanced technological skills. A total of 39 startups have so far qualified for Naver's accelerator program out of more than 2,000 applicants.

Among the startups is ichrogene Inc., which analyzes DNA data to offer a detailed healthcare solution that is personalized for each individual.

N.Cer is currently developing a digital solution that can diagnose Alzheimer's disease at an early stage by detecting blood flow in the frontal cortex of a human brain.

The startup uses near infrared spectroscopy, a minimally invasive methodology that permits the monitoring of cerebral blood.

The startup, established by a team of neurosurgeons and anesthesiologists in September of last year, currently awaits approval from health authorities to begin clinical trials.

"Accurate diagnosis of Alzheimer's disease at an early stage, before showing severe symptoms, is crucial for the subscription of effective treatment," CEO Kim Jae-won said.