SEOUL, Jan. 16 (Yonhap) -- South Korean home appliance makers are already gearing up for the summer season as they introduced their latest lineup of air conditioners to attract consumers here.

The two tech giants said it is reasonable to promote their air conditioners from the beginning of the year since they are no longer considered seasonal home appliances. 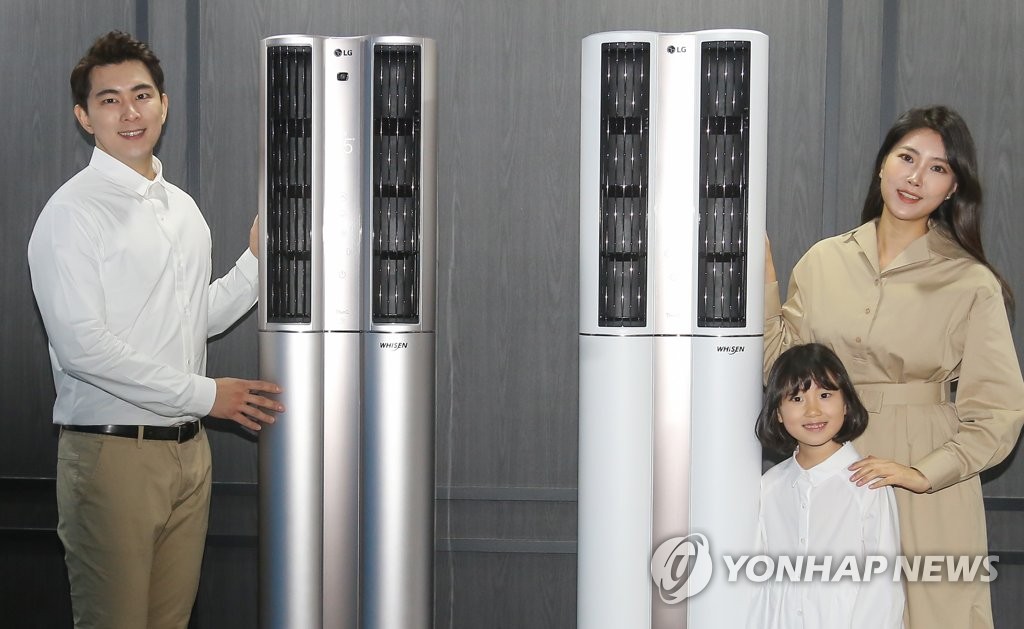 "Our data shows that 62 percent of local consumers buy air conditioners between January and May," Lee Kyung-ju, who works at Samsung's air conditioning solutions product management team, said at the company's air conditioner launching event in Seoul on Wednesday.

"In summer, they think it's difficult to get their air conditioners in time because retailers will have to deal with many orders."

This year, Samsung and LG both emphasized that their air conditioners have become smarter with upgraded AI features.

Samsung said it has applied its Bixby digital assistant to wall-mounted, room-use air conditioners, allowing consumers to control their products and check various information, from temperature to air quality, through their voices. 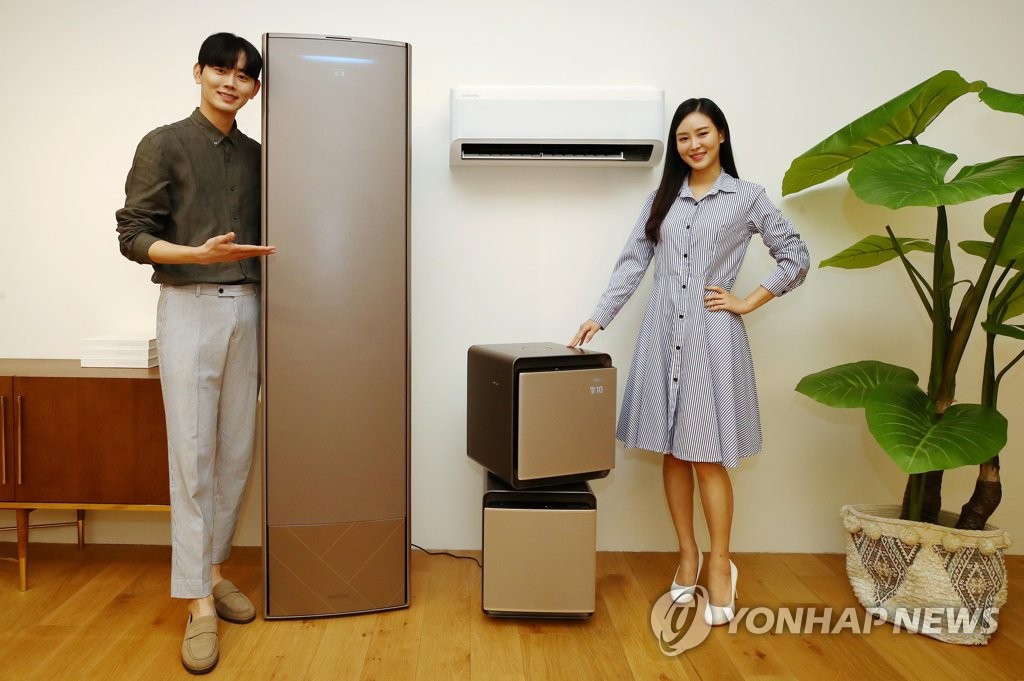 Samsung said it has also used an upgraded AI solution to help air conditioners operate at an energy efficient level.

With motion detecting sensors, its air conditioners can notice people's presence and can adjust cooling levels automatically based on people's activities, according to Lee Hyeok, a manager at LG's domestic sales department.

"Our air conditioners can recognize how much people are moving in their living room," Lee said Thursday at the company's air conditioner launching event in Seoul. "It can also self-detect its condition and tell users whether it is alright to open windows for ventilation." 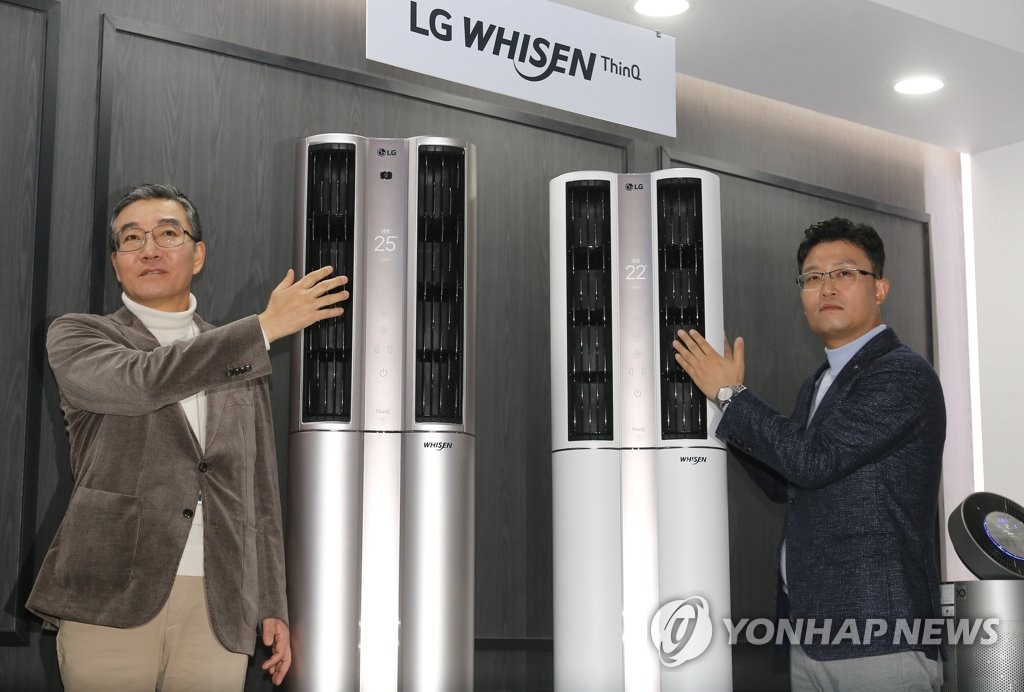 In addition to upgraded AI features, both Samsung and LG promoted that their air cleaners are designed for cleanliness.

Samsung said users can easily detach the front panel of its new air conditioners, allowing them to clean the inner fan blade without using a tool.

The company also added functions that can automatically clean the heat exchanger and remove humidity inside air conditioners.

LG said all of its 2020 air conditioners have a filter-cleaning bot that removes dust on filters once a week. The bot was previously used only for LG's high-end Signature air conditioners.

"Our principle philosophy for air conditioners is health," Lee Kam-gyu, LG's air solution business unit chief, said. "The cleaning bot will maintain filters' conditions like they were in the first place." 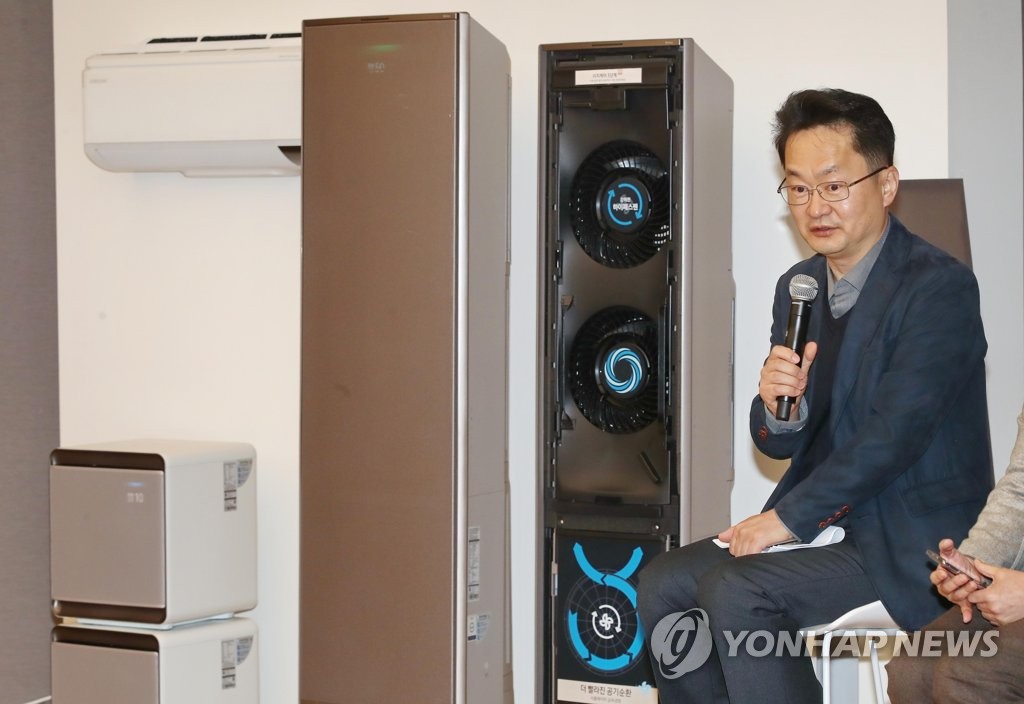 Both Samsung and LG refused to reveal their domestic sales targets for this year, though they said the numbers would be similar to last year.

South Korea's home-use air conditioner market has an estimated size of 2.4 million units a year, although it changes slightly based on temperatures during the summer season.

"Since the last summer season had some cool weather, we do have some inventory from last year," Lee Jae-hwan, a senior official at Samsung's consumer electronics division, said. "Depending on the market situation, we could increase our production."