In 2020, Hyundai is targeting to sell 10,100 Nexo vehicles mainly to public organizations and companies, which marks a whopping rise from the 4,194 units it sold last year, the company said in a statement.

To take the lead in the hydrogen vehicle market, Hyundai announced in late 2018 its plan to invest 7.6 trillion won for partnerships with auto parts companies, research and development activities and facility expansion by 2030. 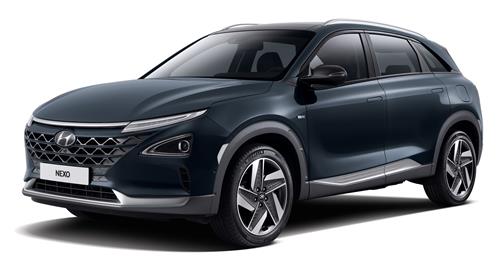 Hyundai aims to establish a production facility capable of rolling out 50,000 hydrogen-powered vehicles a year by 2030. It also targets selling 200,000 hydrogen fuel cell systems a year in global markets by the same year.

Separately, the number of Nexo vehicles sold outside the country totaled 1,015 units in the past two years.

In 2019, South Korea claimed a 52 percent share of the global hydrogen fuel cell electric market, followed by the United States with a share of 29 percent, Japan with 9.7 percent and Europe with 6.5 percent, the statement said.