The surcharges for one-way tickets on long-haul international routes will be capped at 49,200 won (US$42) next month, up from 34,800 won in January, according to the sources.

If the average jet fuel price on the Singapore spot market rises over $1.50 per gallon, South Korean airlines are allowed to impose fuel surcharges, starting one month later.

Jet fuel prices averaged $1.89 per gallon on the Singapore exchange between Dec. 16 and Jan. 15, the sources said.

If jet fuel prices drop below the threshold, no surcharge is collected. There are 10 levels of surcharges, depending on the length of a route. 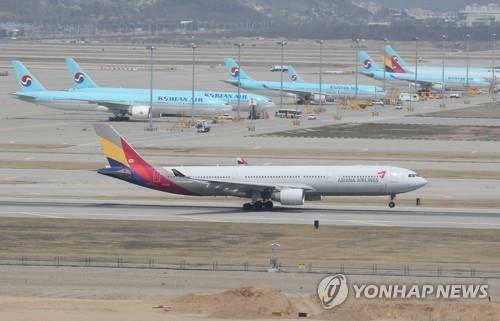 Airlines to raise fuel surcharges on int'l routes in Feb.

Airlines to raise fuel surcharges on int'l routes in Feb.