Chung made the remarks during a meeting with reporters in the administrative city of Sejong, amid speculation that the government could unveil stronger measures to curb rising housing prices.

"There is a need to root out real estate speculation. But such efforts should be made in the legal and institutional realm," Chung said.

"(The government) cannot curb property speculation by force. It is right to do that job with the government's firm (policy) commitment and push for the drive under normal procedures," he added. 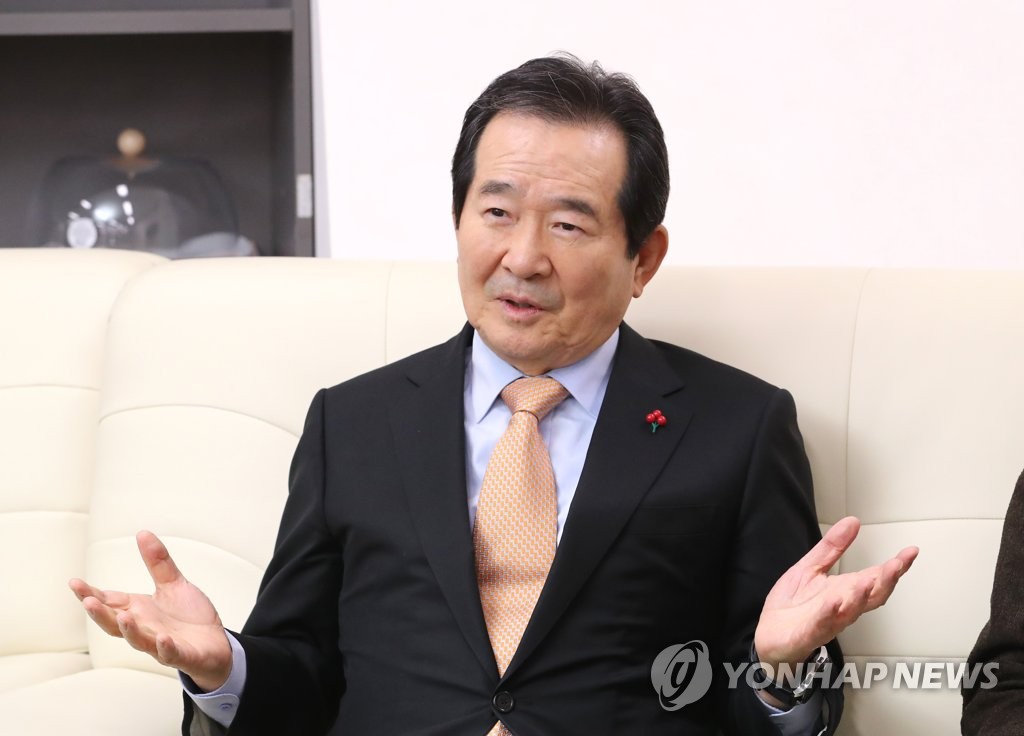 During his New Year press conference on Tuesday, President Moon Jae-in said the government will enact strong countermeasures "endlessly" if necessary to stabilize the housing market, in particular, in Seoul. He even raised the need for the reversal of soaring home prices.

Kang Gi-jung, senior Cheong Wa Dae secretary for political affairs, made a buzz on Wednesday by saying that the government should pay attention to calls to introduce a system that allows it to decide whether to permit real estate transactions in case of speculative investments.

The presidential office later dismissed Kang's remarks as his personal view, due to public backlash that the adoption of such a scheme runs counter to the principle of the market economy.

Chung declined to comment on Cheong Wa Dae's announcement, but stressed the need to make all-out efforts to stabilize the housing market.

"(Stabilizing home prices) is a task that the government needs to accomplish for people who feel underprivileged," he added.