Hyundai Merchant said it has received approval from the U.S. Federal Maritime Commission to join THE Alliance, one of the world's top three shipping alliances along with 2M Alliance and Ocean Alliance.

THE Alliance was formed in April 2017 by Hapag-Lloyd AG of Germany, Ocean Network Express Pte. Ltd. of Japan and Yang Ming Marine Transport Corp. of Taiwan. 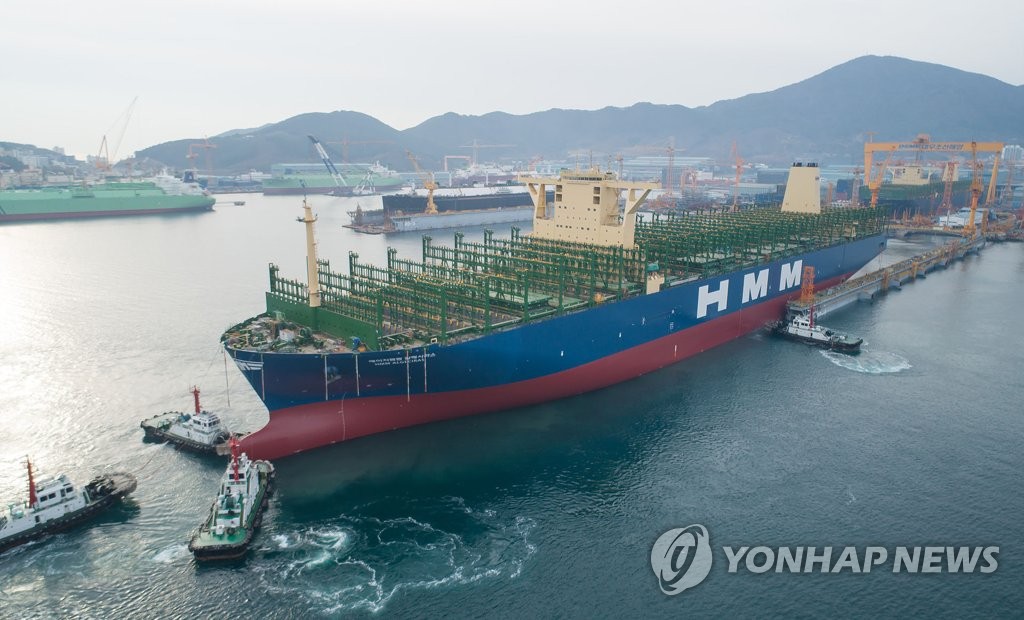 The South Korean shipper has been serving as a strategic partner for 2M Alliance, operated by Maersk Line of Denmark and Mediterranean Shipping Co. (MSC) of Switzerland, since April 2017, but their partnership is set to expire in March 2020.

Hyundai Merchant said becoming a member of THE Alliance will refresh its brand image in the shipping market and improve its earnings.

The company said it will first offer services on 27 of 33 shipping routes operated by THE Alliance.

Hyundai Merchant added that its 12 container ships in the 24,000-TEU, or twenty-foot equivalent unit, class are to operate in order starting in April and that they will be used on a route connecting Asia and Europe.