SEOUL, Jan. 16 (Yonhap) -- A recent government crackdown netted more than 100 sex offenders working at schools and other facilities related to children and youths, the Ministry of Gender Equality and Family said Thursday.

In the crackdown jointly conducted by various government agencies from February to November last year, a total of 108 people with records of sexual crimes were found working at 106 schools, private academies, kindergartens and other institutions related to children and youths, the ministry said. 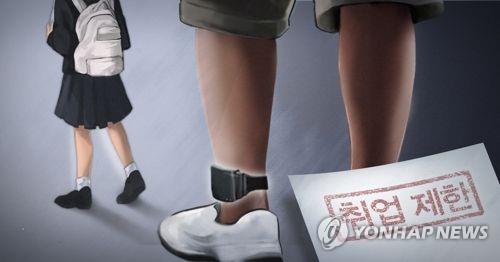 Fifty of them were operators of such institutions, with the remaining 58 being employees.

Of the 50 operators, 41 were ordered to close down their institutions, while nine others were ordered replaced, the ministry said, adding the dismissals of all 58 employees were demanded.

It said 91 of the 108 sex offenders have so far been expelled from their institutions, with the remaining 17 facing expulsion soon.

It also noted 30.56 percent of the 108 sex offenders worked for private education facilities, while sport facilities and security service businesses accounted for 23.15 percent and 11.12 percent, respectively.