SEOUL, Jan. 16 (Yonhap) -- South Korea is heightening its response posture amid the spread of a new China coronavirus in Asia, the country's public health and safety agency said Thursday.

New cases of people coming down with pneumonia-like symptoms after visiting the city of Wuhan in Hubei Province have been reported in Japan and Thailand, according to the Korea Centers for Disease Control and Prevention (KCDC).

Beijing has said that the new strain of coronavirus is not contagious between people, but the World Health Organization (WHO) is not ruling out person-to-person transmission under certain conditions, the center said. 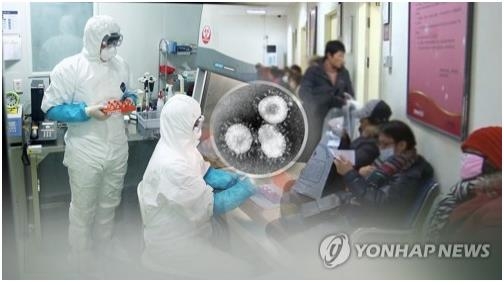 South Korea reported a case involving a Chinese woman who visited Wuhan earlier in the month. She has since been released from quarantine after tests showed she did not have the same kind of virus found in China.

The KCDC said it plans to quickly check and isolate people suffering from fever, respiratory problems and other symptoms and will go into emergency mode during the Lunar New Year holiday when a large number of people travel both within the country and abroad. This year's holiday runs from Jan. 24-27.

Health authorities in major cities and provinces will be provided with a "pan-coronavirus" detection kit from Jan. 22 onward.