SEOUL, Jan. 17 (Yonhap) -- On Oct. 26, 1979, two gunshots changed modern Korean history. President Park Chung-hee, who had been in power for 18 years, was assassinated by Kim Jae-gyu, then director of the Korean Central Intelligence Agency (KCIA) and considered No. 2 in the regime.

Park, who took the helm through a military coup in 1961, had sought to stay in power for good but lost his life to his most trusted and closest confidant and a key member of the military maneuver 18 years ago.

More than four decades have passed, but there has been a heated debate on Kim's motives. What made the second most powerful figure in the authoritative government pull the trigger on his boss and what was his real goal after the assassination and the power vacuum still remain unanswered. 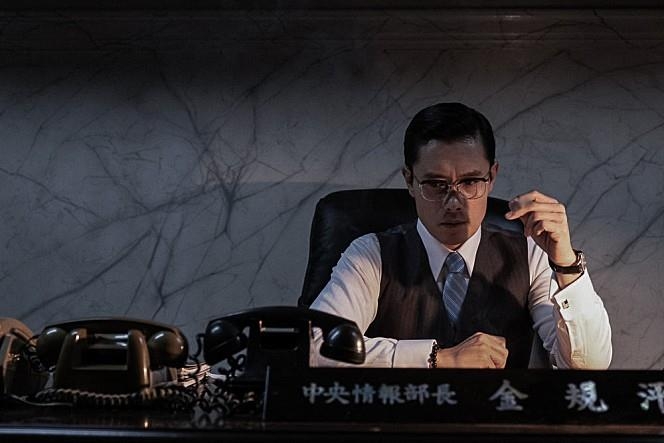 The political film "The Man Standing Next," directed by Woo Min-ho, looks through these unsolved questions by tracking the 40 days leading up to the Oct. 26 incident.

It is based on a nonfiction best-seller, "KCIA Chiefs," published from 1990 to 1992 in the Dong-A Ilbo newspaper. The book covers the beginning and the end of the KCIA, which was established by President Park after the coup in order to engage in pervasive surveillance of politicians, government officials and citizens.

But the movie focuses on the intricate power struggle among second-in-command characters that reaches its peak during the last 40 days of the Park regime.

Gyu-pyeong increasingly feels that he is sidelined from the core of the political power as Sang-cheon has been winning more confidence of the president as time goes by.

The two men compete to stop former KCIA director Park Yong-gak (Kwak Do-won) from publishing a memoir to reveal the dirty deals of the Seoul government with U.S. lawmakers to maintain its autocracy. 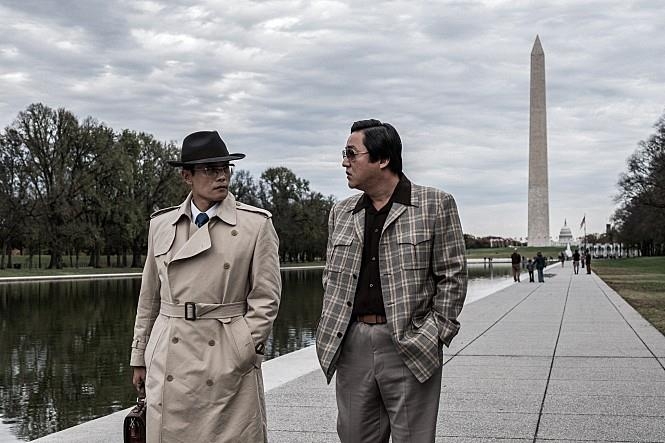 Gyu-pyeong finally kills Yong-gak, his close friend who also participated in the 1961 coup, in a bid to capture the president's eye. But his action seems to be too late as the president has already turned a cold shoulder to his No. 2 official. There is only so much he can do.

The film closely follows the psychological changes in Gyu-pyeong's decadeslong loyalty to the president and the subtle transition of the balance of power in the presidential office on a daily basis, while the strongman gets more reliant on his rival and thinks of killing millions of democratic demonstrators.

Its emotional and psychological description of the characters and cliff-hanging storytelling make the predictable plot more interesting and entertaining. Even though the audience knows the ending, the movie compels them to sit on the edge of their seats for about two hours.

Moreover, there is no doubt in Lee Byung-hun's acting, whose expressive eyes and even face well portray the faint, subtle changes of Gyu-pyeong's determination.

"This movie doesn't display any political inclination or judge the merits and demerits of the historical figures," director Woo, who made the political crime action film "Inside Men" (2015), said in a press conference. "I just tried to show how the incident took place through the emotional and mental development of the key characters."

"The Man Standing Next" will hit local screens this coming Wednesday. 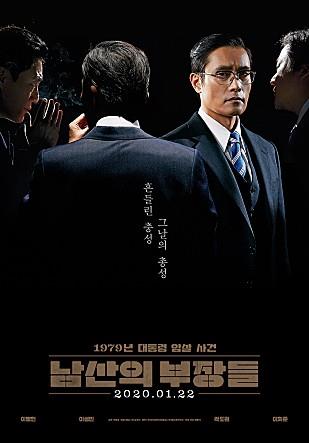