SEOUL, Jan. 17 (Yonhap) -- When TV personality Hong Suk-chun opened a Thai restaurant in Itaewon 14 years ago, the best-known foreigners' district in South Korea was always bustling with American soldiers and foreign tourists, as well as local visitors sampling the exotic ambience of the neighborhood.

Hong has since seen the district lose its vibe as many of its patrons -- American servicemembers from the nearby Yongsan Garrison and other bases -- have left under a base relocation plan, forcing him to make the painful decision to shut the restaurant down.

It was the third business he had closed that year.

"I feel so sad. I have much to say, but will do that later when I recover," Hong said on his Instagram account. "Alleys have changed ... The ward office nicknamed this path 'World Food Street,' but it now should be changed into 'Pocha street.'" A pocha is a Korean-style bar. 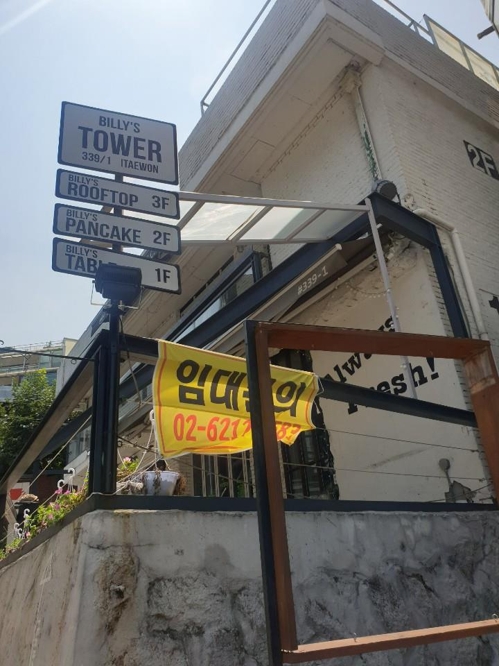 Itaewon was once hailed as one of the city's key commercial districts, drawing a constant flow of young people from at home and abroad eager to enjoy its vibrant cultural contrasts hardly felt in other parts of South Korea.

Only a few hundred meters from the country's largest Islamic mosque are key spots for nightlife, and behind the main drag harboring global brand shops lies a cobweb of back alleys hosting a slew of hidden-gem restaurants for international cuisine and bars.

But restaurants and shops there have closed one after another in recent years.

According to the Korea Appraisal Board, the vacancy rate for midsize to large buildings in the Itaewon district stood at 26.5 percent in the third quarter of 2018, topping the list of the city's 25 major commercial zones. The average figure for Seoul was 7.5 percent.

Experts and locals cite the relocation of U.S. military bases out of Seoul as the primary reason for the downturn.

U.S. service personnel, stationed mostly in the Yongsan Garrison, adjacent to the Itaewon commercial district, and in bases north of Seoul, began to move to Camp Humphreys in Pyeongtaek, 70 kilometers south of Seoul, in Gyeonggi Province, in 2017.

The number of those serving at the Yongsan camp has plunged to around 4,300 recently from more than 20,000 a couple of years ago, according to officials.

"We were directly hit by the dwindling population of American soldiers here after the base relocation," said a man who runs a plus-sized clothing shop in Itaewon, adding that around 70 percent of his customers were U.S. soldiers and their families.

"Compared to just a few years ago, my income tumbled to less than a third. I paid a premium of around 100 million won (US$86,206) when moving into this plot, but now I cannot even dream of getting part of it back from my successor," he sighed.

U.S. Forces Korea has expedited moves to vacate the Yongsan Garrison recently, with Seoul and Washington officially initiating the long-awaited process of returning the site to South Korean control last month. The Seoul city government is planning to turn the vast swath of land into a national park in the coming years.

"Coupled with the country's overall economic slowdown, uncertainties about the future customer base in this region appear to be making people reluctant to start a business here," a real estate agent in Itaewon said. 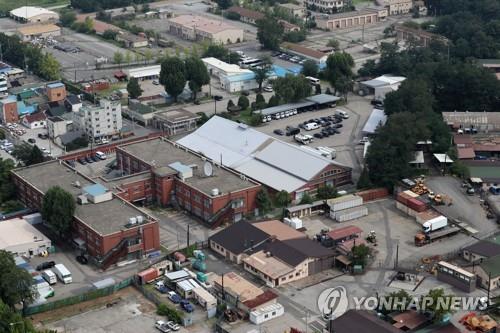 Soaring rental fees have also hit small businesses hard, which is particularly the case on Gyeongnidan Street, a small neighborhood in the Itaewon district.

Despite poor access to public transportation and the location on a narrow, hilly street, Gyeongnidan was a rising destination for hipsters, with celebrity-run restaurants, cafes and multi-concept stores.

But the once bustling area has been largely gentrified over the past few years, with skyrocketing rental fees forcing out the humble tenants who made the region unique. And the loss of its distinct vibe ultimately drove customers away.

"People who had ideas and passion have already left, or their shops went broke, because of an excessive increase in rent and the lack of parking spaces in this area, among other things. Some remaining people here just bit the bullet as they had no other choice," Hong said.

According to data from a research institute affiliated with KB Financial Group Inc., the rents for Gyeongnidan Street shops surged 5.33 percent on-year on average in 2018, far higher than the Seoul average of 0.88 percent.

"Few legal options exist to prevent gentrification, but there have been moves to better protect the rights of tenants, and more such policy measures are needed," Kwon Dae-jung, a professor of Seoul's Myongji University, said.

The local government has striven to do its part by playing a mediating role between building owners and tenants and by launching various urban restoration projects such as renovating decrepit tourist facilities and creating new visitor experience zones.

"In order to give a new breather to the region, it is a must to devise ways to secure and further foster Itaewon's own vibe and identity while evolving its content." Oh said. 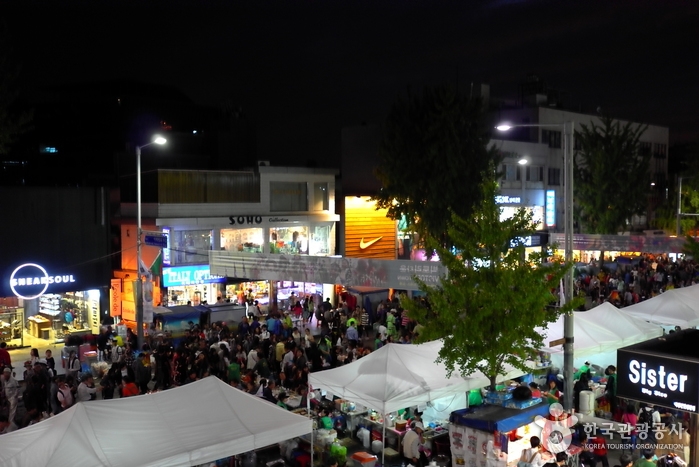 (Yonhap Feature) Itaewon in the doldrums after U.S. base withdrawal and gentrification

(Yonhap Feature) Itaewon in the doldrums after U.S. base withdrawal and gentrification