SEOUL, Jan. 16 (Yonhap) -- South Korea should consult with the U.S. about its plans to engage with North Korea to avoid any "misunderstandings" that may trigger sanctions, the top U.S. envoy to Seoul said Thursday.

Ambassador Harry Harris made the remark as South Korea is pushing to expand inter-Korean exchanges to facilitate the stalled nuclear negotiations between Washington and Pyongyang.

President Moon Jae-in said earlier this week that individual tours to the North do not violate the U.N. sanctions and that it could eventually induce the North to return to dialogue and win international support for partial relief of sanctions. 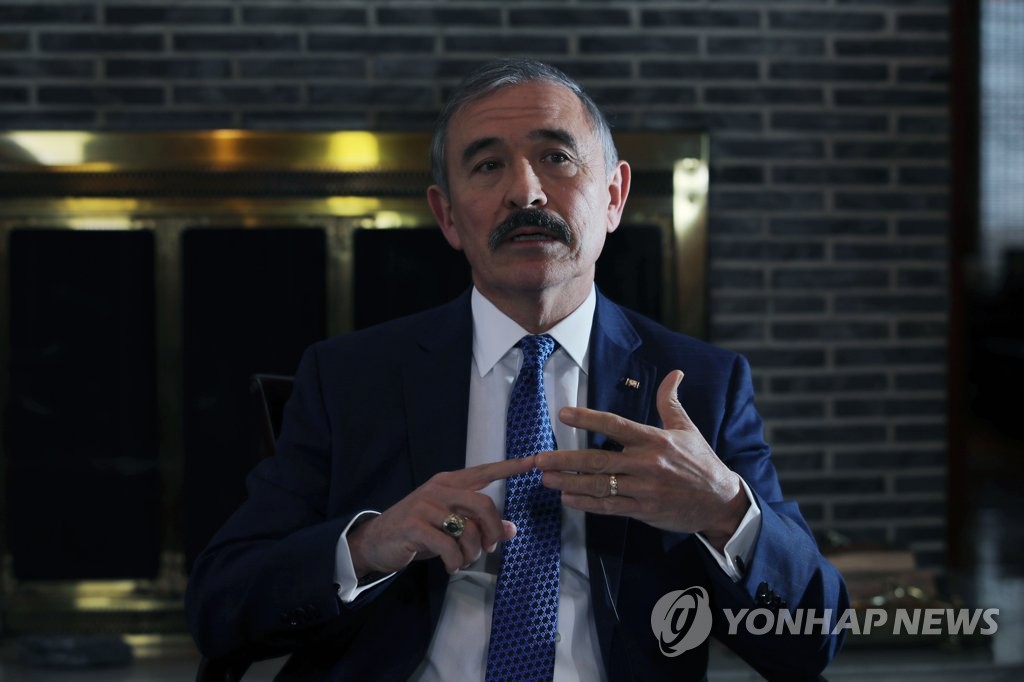 "In order to avoid a misunderstanding later that could trigger sanctions, it's better to run this through the Working Group," he said. The Working Group was set up in 2018 to coordinate North Korea-related issues.

Moon's remarks referred to the South Koreans' suspended tours to the North's Mount Kumgang on its east coast. Group tours to the scenic mountain were halted in 2008 after a South Korean tourist was shot and killed by a North Korean guard.

In response, the U.S. State Department said the allies are committed to a unified response to North Korea and that all U.N. member states are required to implement the sanctions resolutions. It did not comment on whether individual tours to the North fall under the scope of sanctions.

Washington has been wary of allowing exceptions to the U.N. sanctions regime out of concern they could undermine its "maximum pressure" campaign to denuclearize Pyongyang.

Regarding the negotiations currently under way on sharing the cost for stationing U.S. troops in Seoul, Harris said the two sides are "narrowing differences" although the gap remains.

He also said that the U.S. is using "residual funds" to minimize the impact from the Dec. 31 expiry of last year's deal on South Korean workers hired by the U.S. Forces Korea, and that they will be given a mandated furlough notice soon, according to Reuters.

U.S. envoy calls on S. Korea to consult with U.S. about N.K. engagement

U.S. envoy calls on S. Korea to consult with U.S. about N.K. engagement