They said North Korea sent a notice at the end of December, detailing its demand that the South-built facilities at the resort be taken down by February 2020.

North Korea asked for the removal last October and then issued what it said was "an ultimatum" on Nov. 11 that it would unilaterally tear down those facilities if Seoul didn't take any action by the end of that month.

A tour program to Mount Kumgang was launched in 1998 and was viewed as a key symbol of inter-Korean reconciliation and economic cooperation. About 2 million tourists visited the mountain until it was suspended in 2008, when a South Korean tourist was fatally shot by a North Korean soldier.

South Korean President Moon Jae-in and North Korean leader Kim Jong-un agreed in September 2018 to normalize the tour program when conditions are met, but little progress has been made since, due to global sanctions against the North.

South Korea has called for face-to-face talks to discuss the fate of the tour project and proposed sending a delegation to check the facilities, but the North has rejected the offers, countering that the issue can be discussed in writing. 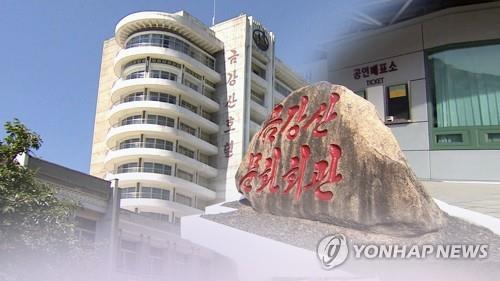