The three-stage Nuri rocket that can carry a 1.5-ton satellite into low orbit is undergoing extensive tests at the Naro Space Center in Goheung, 485 kilometers south of Seoul, with the so-called flight model that will be launched into space set to be assembled later this year, according to the Korea Aerospace Research Institute (KARI).

The Nuri rocket is made up of a first stage that is a clustering of four 75-ton thrust liquid-fueled rockets. This is attached to a single 75-ton rocket forming the second stage. The third stage is a 7-ton thrust rocket that will place the payload into orbit 600-800 kilometers from the Earth. 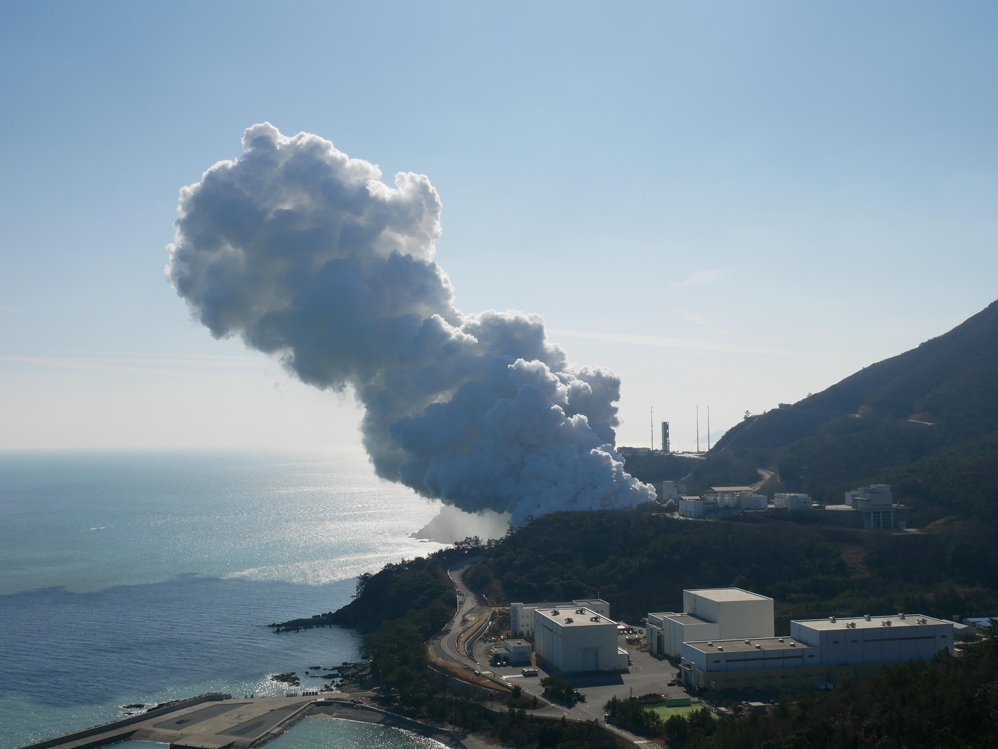 Once the rocket is put together, the first rocket with a mock payload is scheduled to be shot into space in February next year, with the second, carrying a real satellite, to be launched in October.

The country hopes that the latest launch project will allow it to acquire necessary expertise and know-how to build even more sophisticated rockets and launch support facilities.

Asia's fourth-largest economy sent the 140-ton Naro rocket into space and placed a 100-kilogram satellite into orbit in January 2013 after two failed attempts, but the first-stage, main rocket on that launch vehicle was built in Russia, with only the much smaller second stage being made in the country.

"We experienced some difficulties from late 2015 through early 2016 during the designing and prototype-building phase of the 75-ton rocket, but the program has been progressing in an orderly manner, with KARI successfully sending the new rocket into space as part of its verification test in November 2018," Ko Jeong-hwan, the head of the KSLV-2 program office, said.

The single-engine test vehicle that is equivalent to the second stage of the Nuri rocket reached an altitude of 209 kilometers from the surface of the Earth and flew 429 kilometers.

KARI said that besides the rocket, it is in the process of building its own 45.6-meter-tall launch pad for the Nuri rocket that will have umbilical cables and arm braces that will detach from the space vehicle just prior to liftoff. The previous pad built in cooperation with Russia was for the smaller 33-meter-long Naro rocket and could not be reused. 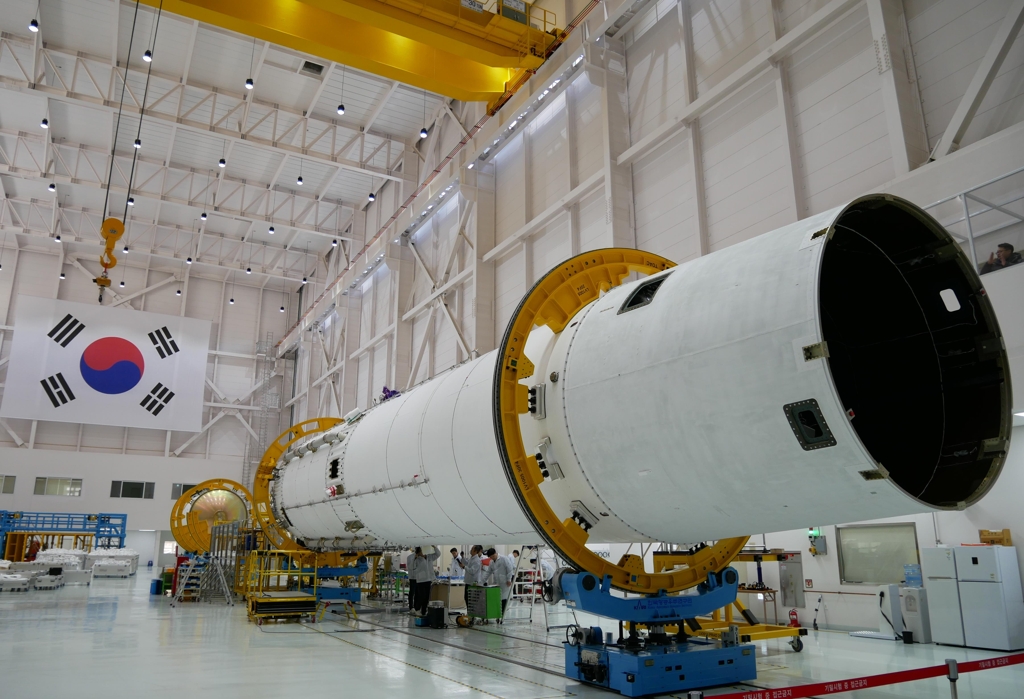