Biegun made the remarks during a phone call with Chinese Vice Foreign Minister Le Yucheng on Wednesday, the department said in a readout. The deputy secretary also serves as Washington's top envoy to nuclear talks with the North.

"Deputy Secretary Biegun reiterated the U.S. commitment to negotiations with the DPRK on all pillars of the Singapore Joint Statement and urged (China) to fully implement U.N. Security Council sanctions," the readout said, using the abbreviation for North Korea's official name, the Democratic People's Republic of Korea.

Under a joint statement signed in June 2018 by U.S. President Donald Trump and North Korean leader Kim Jong-un at their first summit in Singapore, the two sides agreed to work toward complete denuclearization and a lasting peace regime on the Korean Peninsula.

Working-level talks to implement the deal have faltered since a second summit in February 2019 collapsed without an agreement due to differences over the scope of North Korea's denuclearization and U.S. sanctions relief.

Biegun and Le also discussed Wednesday's signing of a phase-one trade agreement between the U.S. and China and the need to work together toward effective implementation, the readout said. 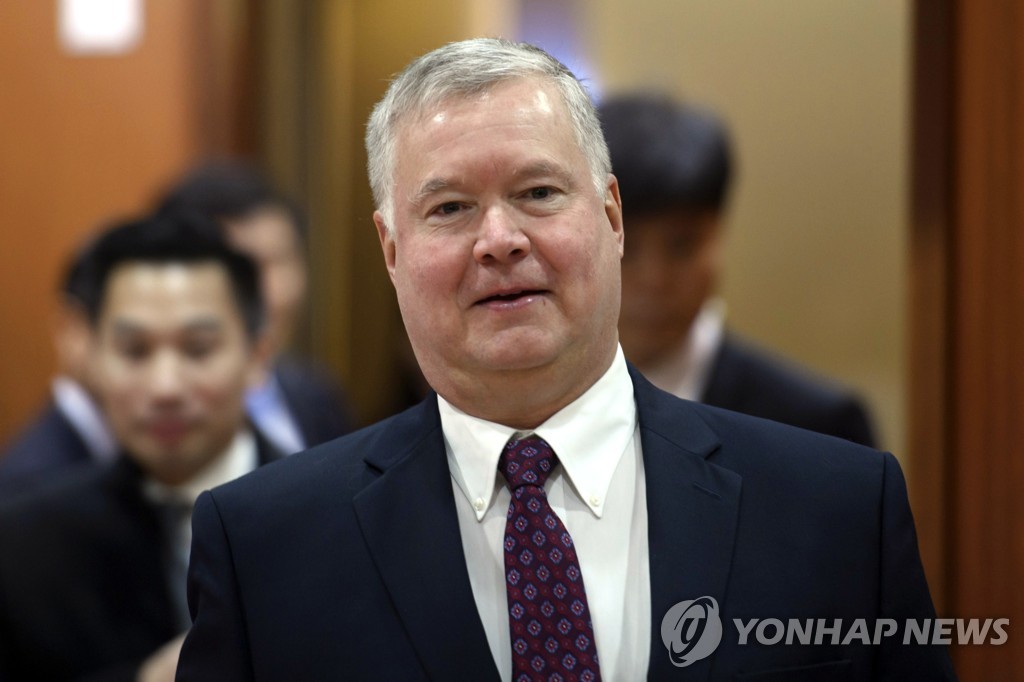