The quarterfinals showdown at the Asian Football Confederation (AFC) U-23 Championship will kick off at Thammasat Stadium in Rangsit, Thailand, on Sunday at 5:15 p.m. local time, or 7:15 p.m. in Seoul. 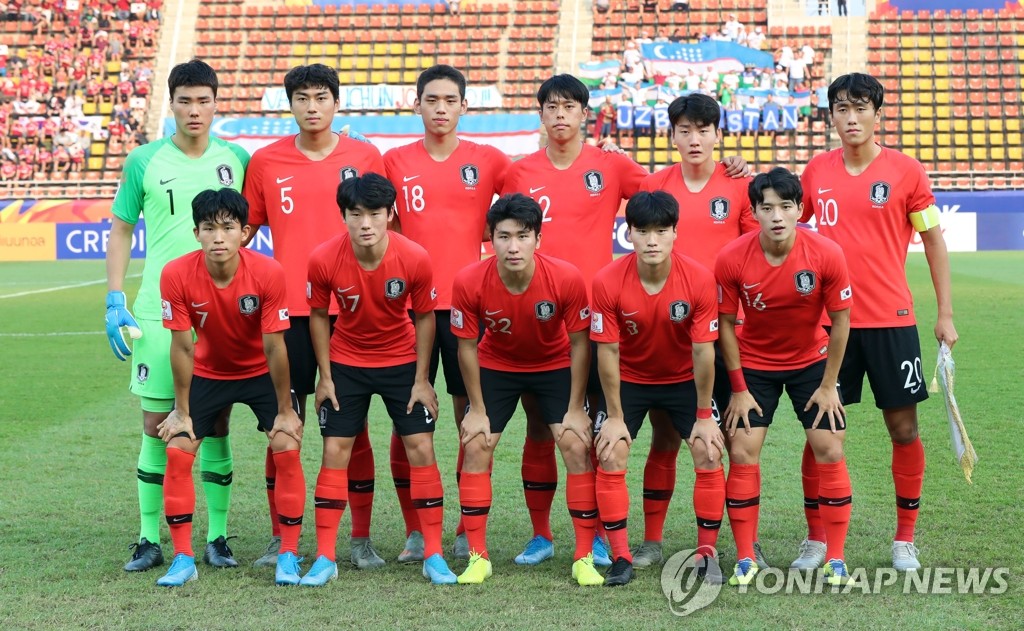 The AFC tournament is also the Asian qualifying event for the 2020 Tokyo Olympics, with the top three teams here punching their tickets to Japan this summer. South Korea are trying to qualify for their ninth consecutive Olympics.

South Korea secured their quarterfinals berth after winning the first two Group C matches against China and Iran, and then earned the top seed by defeating Uzbekistan 2-1 on Wednesday.

Jordan ended up as the runners-up in Group D, following their 1-1 draw against the United Arab Emirates (UAE) on Thursday.

The UAE and Jordan both finished with five points, but the UAE took the top seed thanks to their edge in goal difference, plus-2 to plus-1.

The UAE will face Uzbekistan in the quarters. Other matches in the first knockout round are: Saudi Arabia against Thailand, and Australia against Syria, both on Saturday.

The much-anticipated match between South Korea and Vietnam, coached by South Korean native Park Hang-seo, didn't materialize. Entering Thursday's match against North Korea, Vietnam had a chance to take the second seed in Group D and set up a quarterfinals meeting against Park's native country. But they lost 2-1 instead and finished in last place in the group with two draws and one loss.

On Park's watch, Vietnam finished in second place at the previous AFC U-23 Championship in 2018. 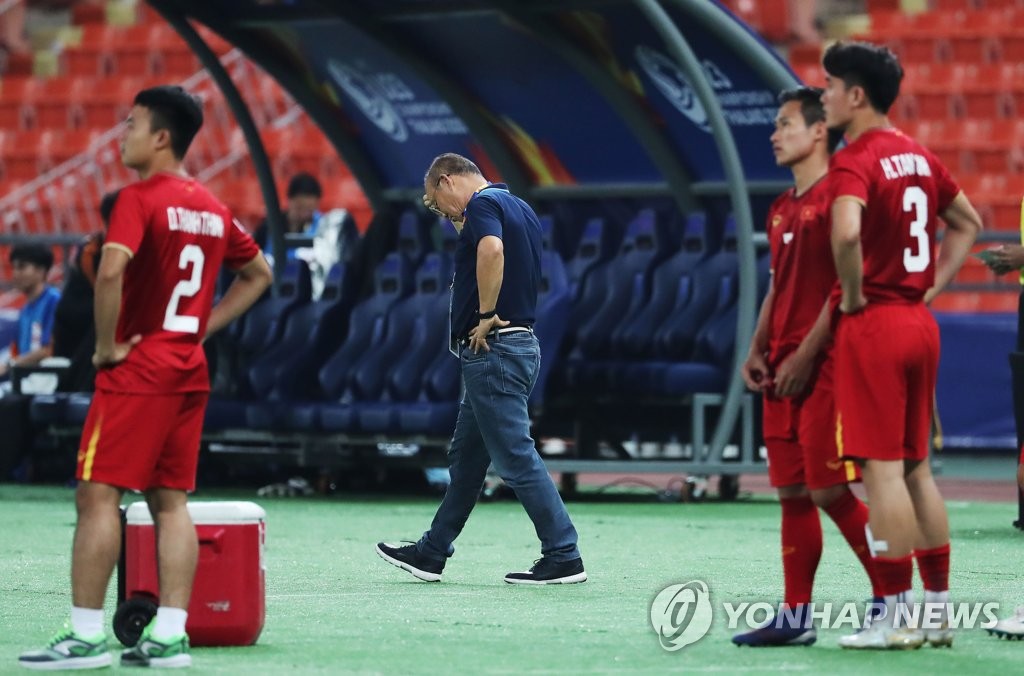