WASHINGTON/SEOUL, Jan. 17 (Yonhap) -- South Korea and the United States are not discussing the possible deployment of South Korean troops to the Middle East in connection with their defense cost-sharing talks, a chief Seoul negotiator has said.

Jeong Eun-bo, South Korea's ambassador to the defense cost-sharing negotiations with the United States, made the remark on Thursday as he departed Washington following a sixth round of talks that ended without an agreement.

He was addressing speculation that the two sides are discussing a South Korean troop deployment to the Strait of Hormuz, in support of U.S. security operations there, to partially offset Washington's demands for a large increase in Seoul's contributions to the cost of stationing 28,500 American troops on the Korean Peninsula.

"We are not talking about troop deployment to the Strait of Hormuz or anything outside the framework of the Special Measures Agreement," Jeong told reporters at Washington's Dulles International Airport, referring to the allies' defense cost-sharing deal. "We are not discussing anything other than those aspects related to our contribution to the alliance." 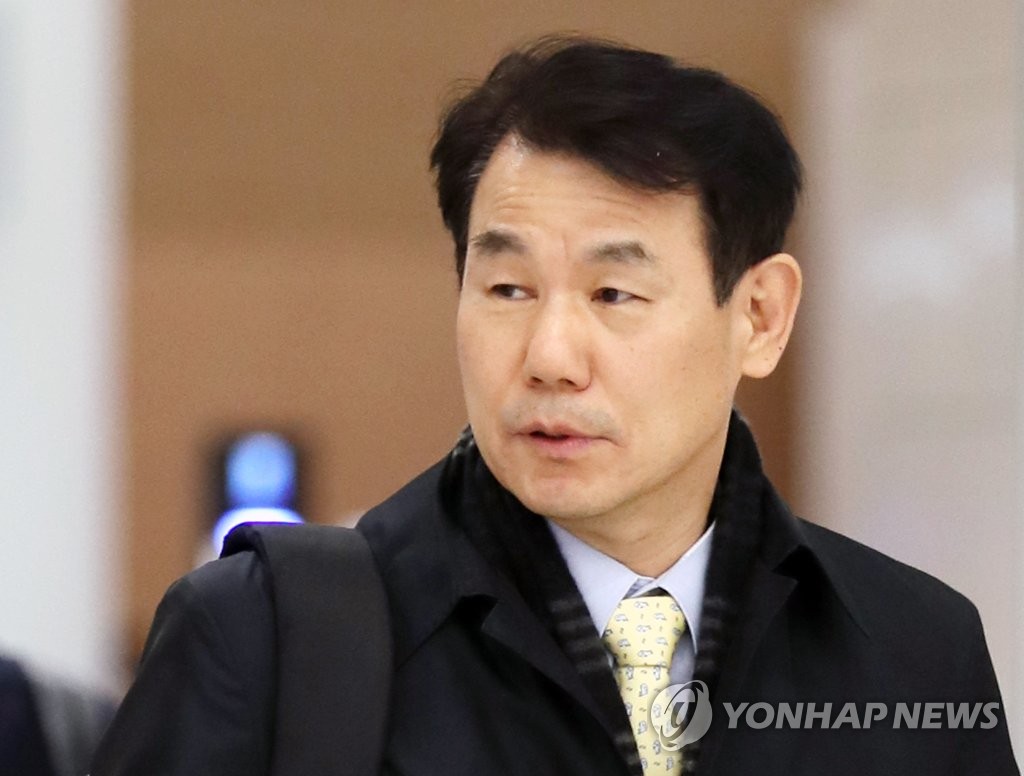 Jeong elaborated that in order to receive a "fair evaluation" of its contribution to the alliance, South Korea has been emphasizing its arms purchases from the U.S.

He denied reports, however, that the two sides are discussing specific arms purchases or that South Korea is considering making payments out of the defense ministry's procurements budget to cover some of Washington's demands.

Under the previous SMA, which expired at the end of December, Seoul was required to pay some US$870 million. In addition to higher financial contributions, Washington has sought to expand the SMA's coverage and get Seoul to shoulder the cost of rotational troop deployments to the peninsula.

"We are looking together at how to reach a win-win solution in a creative manner," Jeong said. "We're taking steps toward an agreement, but considering that both sides needs to make concessions for an agreement, I believe that we still need to resolve our differences."

Upon arrival in South Korea on Friday, Jeong reiterated that his country has contributed to enhancing the alliance with the U.S. in many ways, saying that Seoul was "shoulder-to-shoulder" with Washington in the process of resolving international disputes.

He also flatly denied speculation that the defense cost talks may be linked to the issue of possible deployment of Korean troops to the Strait of Hormuz.