SEOUL, Jan. 18 (Yonhap) -- Washington and Beijing's interim trade deal is hailed as a big boost to improve overall global economic activities, but it is not that good for South Korea's exports of manufactured goods, a local trade agency said Saturday.

Early this week, the United States and China signed the phase-one trade deal, marking a major breakthrough in their yearlong trade row.

Under the deal, China will purchase US$200 billion worth of additional U.S. products through 2021, while the U.S. will not implement further tariffs on its counterpart's products and ease existing barriers as well. 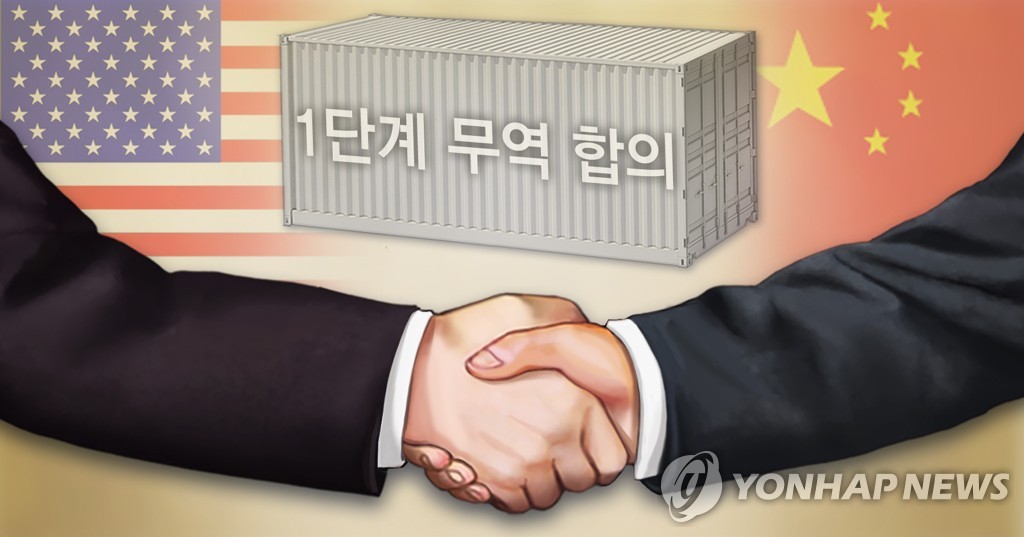 Of the additional products to be imported by China, manufactured goods will account for $77.7 billion, followed by the energy segment with $52.4 billion and agricultural goods of $32 billion.

The Korea International Trade Association (KITA) said in its report that South Korea's outbound shipments of manufactured goods may face a tumble as the U.S. goods may replace its products in the Chinese market.

"Under the agreement, China will import more manufactured goods from the United States than from South Korea within two years," KITA said in the report. "Thus, South Korea needs to keep a watchful eye on the deal's impact on local industries."

KITA said the U.S. will account for 18 percent of China's imports of manufactured goods after two years, sharply up 8.9 percentage points from 9.1 percent posted in 2017, hinting that South Korean firms and other rivals will face tougher competition in the world's second-largest market.

Seoul earlier projected its outbound shipments to rebound in 2020 by rising 3 percent on the back of a recovery in its mainstay chip segment and a base effect.