The three -- SK Telecom Co., KT Corp. and LG Uplus Corp. -- said they have recently completed setting up 5G infrastructure on the subway system in Gwangju, some 330 kilometers southwest of Seoul. The three mobile carriers plan to establish 5G networks for subways and metro stations in major cities, including Daegu, Daejeon and Busan, by the first quarter of the year.

For the subway system in the metropolitan area of Seoul, the country's largest subway network, the companies said they aim to set up 5G infrastructure by the end of this year. Currently, local telcos' 5G services can cover only several sections of Seoul's subway lines. 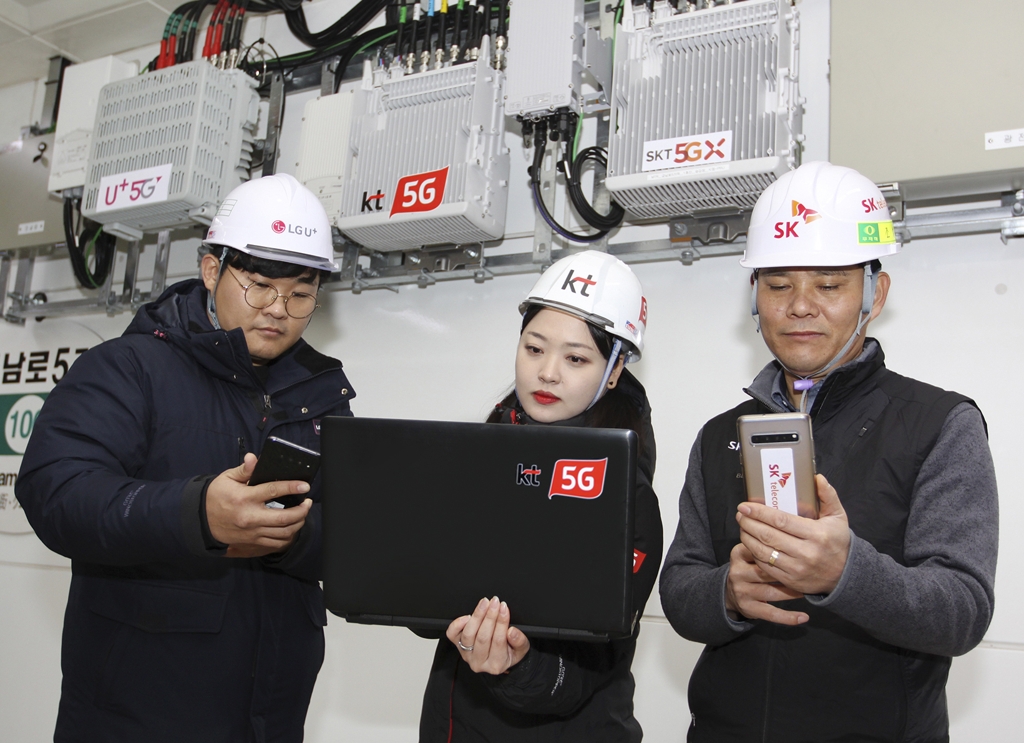 "Since more than 6.7 million people use subways every day, we are doing our best to establish 5G infrastructure quickly," the companies said in a release. "To speed up the work, we have divided subway lines and sections."