SEOUL, Jan. 17 (Yonhap) -- The South Korean government issued a terse response Friday to U.S. Ambassador Harry Harris' call for Seoul to keep in touch with Washington over its plans to resume inter-Korean cooperation, as ruling party officials bluntly voiced displeasure with the envoy's attitude, which they view as high-handed.

"Our policy with regard to North Korea comes under our sovereignty," Lee Sang-min, the unification ministry's spokesperson, told a regular press briefing. "The U.S. has repeatedly made it clear through diverse channels that it respects South Korea's sovereignty related to its North Korea policy."

Harris reportedly urged Seoul to hold prior consultations with Washington in its pursuit of allowing its nationals to make "individual" tours of Mount Kumgang on North Korea's east coast.

It's "better" to run such an issue "through the working group" to avoid "misunderstandings" that might trigger sanctions, he reportedly told a group of foreign reporters here, referring to a working-level consultation channel between the allies on North Korea affairs.

His remarks were viewed by many as a thinly-veiled warning and an attempt to put pressure on the Moon administration as it seeks to jump-start inter-Korean projects that are unaffected by U.N. sanctions on the communist neighbor in a bid to help facilitate Pyongyang-Washington nuclear talks. 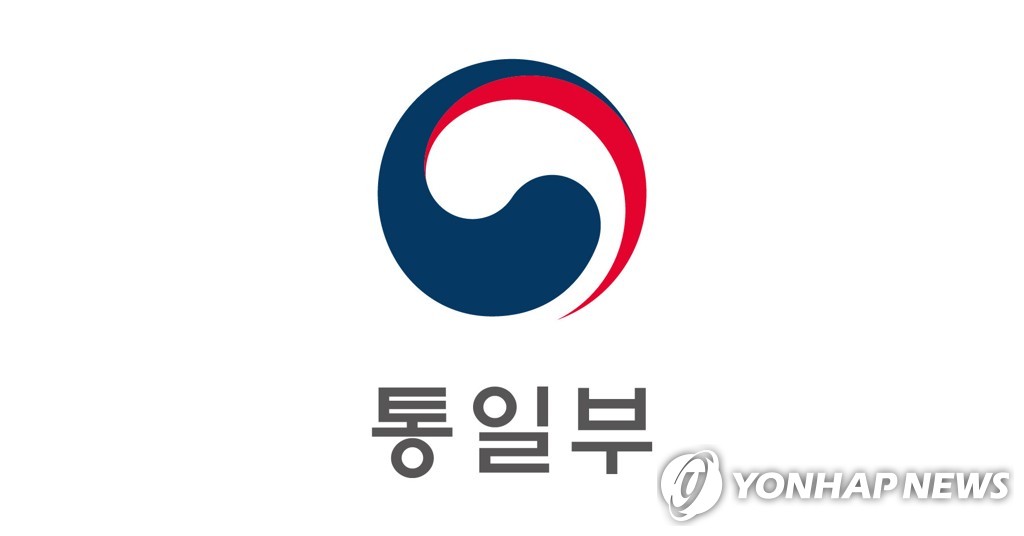 Asked if Seoul could consider easing the sanctions it imposed in 2010 for the North's deadly attack on a South Korean corvette to allow for individual tours, the ministry spokesperson said that previous governments took a flexible approach in their enforcement when necessary to facilitate exchanges between the two Koreas.

As for the North's repeated demand for the removal of South Korean-built facilities at Mount Kumgang, he added that relevant government agencies are working together to draw up "practical" measures.

Sul Hoon, a four-term lawmaker of the ruling Democratic Party (DP), expressed "grave regret" over the ambassador's talk of sanctions in response to the government's efforts to improve inter-Korean ties.

"Such comments, like interference in domestic affairs, are not helpful to the alliance relationship," Sul said during a meeting of senior party officials at the National Assembly.

He stressed that private tourism, which is immune from international sanctions, could serve as a "breakthrough" amid the stalemate in North Korea-U.S. dialogue and the hiatus in inter-Korean talks.

Another DP heavyweight condemned Harris, likening his attitude to that of a "governor general" in the colonial era. Korea was a colony of Japan from 1910 to 1945.

"It's good to express his personal view, but if South Korea follows whatever a foreign ambassador says, he or she would be like a 'governor general' of the Japanese colonial government of Korea," Rep. Song Young-gil told a local radio program.

The four-term lawmaker, who serves as chairman of the party's special committee on peace and cooperation in Northeast Asia, accused Harris of making "rather reckless" comments that are not suitable for his ambassadorial job.

The lawmaker said he thinks Harris, a retired four-star admiral, is a little unfamiliar with diplomacy. 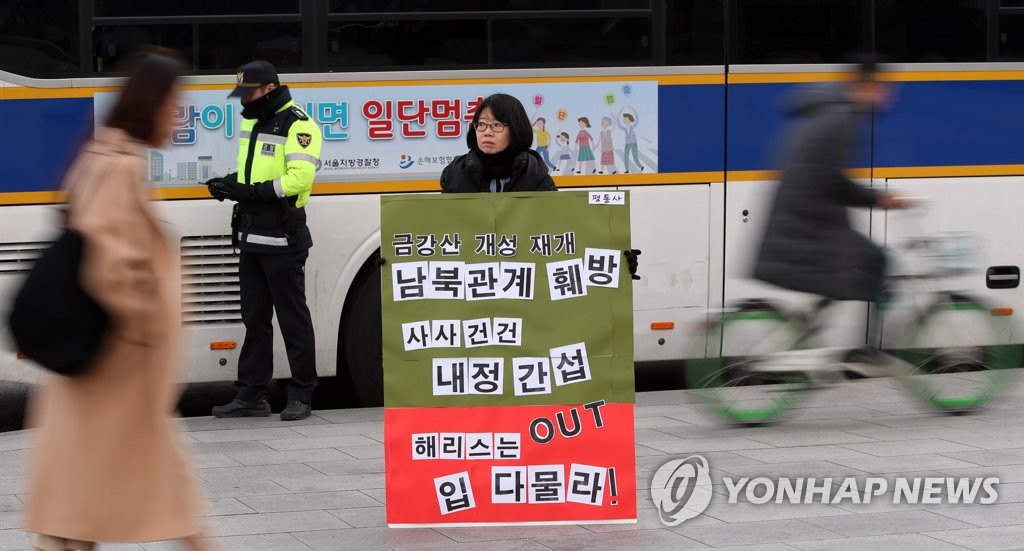 South Korea is looking into the possibility of individual tours to North Korea as part of efforts to expand cross-border exchanges.

While calling for the expansion of such exchanges during a press conference for the new year on Tuesday, Moon cited individual tours to the North as a possible route to take regardless of international sanctions on Pyongyang.

U.S. officials in Washington D.C. expressed reservations about Moon's initiative, with both the State Department and the White House National Security Council stressing the importance of carrying out sanctions.

On Thursday, government sources said that North Korea has demanded South Korea remove its facilities at the mountain resort by the end of February.

In October, North Korea asked the South to tear down all its Mount Kumgang facilities in a bid to end a long-suspended joint tour program to the mountain and build an international tourist destination of its own.

Pyongyang has rejected Seoul's offers for face-to-face talks to discuss the fate of the resort, insisting on discussions through exchanges of documents.