He made the comment while receiving a briefing from Kwon Goo-hoon, chairman of the Presidential Committee on Northern Economic Cooperation, on the panel's major policy goals this year.

Moon launched the body weeks after taking office in May 2017 to spearhead a diplomatic campaign to strengthen economic and other cooperation with nations in the northern region, including those in Eurasia.

Moon described it as "quite a good opportunity" that will rarely come again, according to Cheong Wa Dae's deputy spokesman Han Jung-woo.

In a press briefing later, Han said the presidential panel has designated 2020 as "the year of new northern cooperation" in a show of its determination to produce substantive results in Seoul's push for upgrading relations with the countries.

He did not elaborate, however, saying details of what was discussed in the session are related to the "national interest." 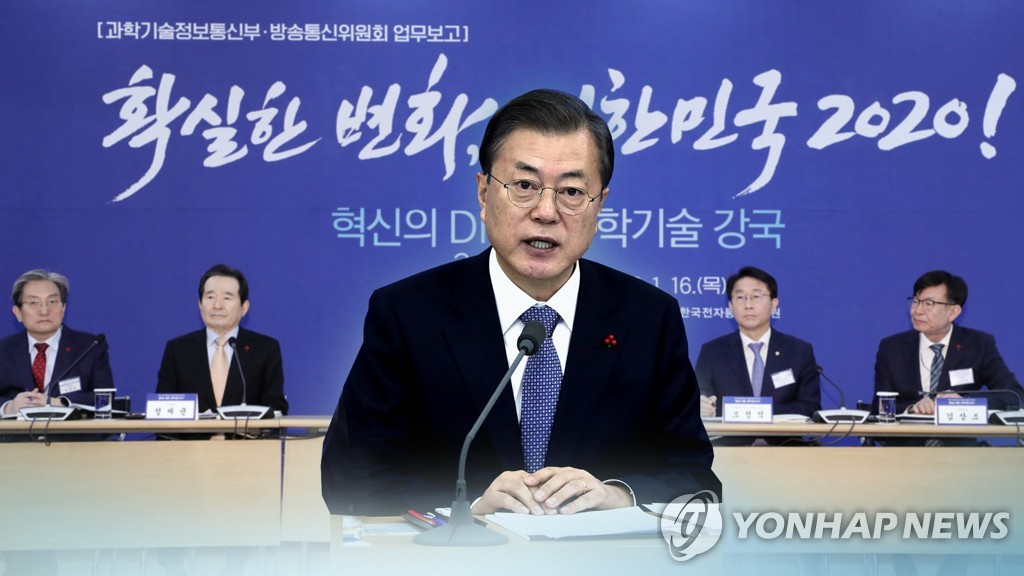 Kwon briefed the president on the committee's core strategy this year after the government made major achievements in its New Southern Policy in 2019, highlighted by the successful hosting of a special group summit with the ASEAN member states in the southern port city of Busan, Han said.