These are some profiles of party members the ruling Democratic Party (DP) and the main opposition Liberty Korea Party (LKP) have recruited ahead of the parliamentary elections, now less than 100 days away.

As of Saturday, the liberal DP has unveiled nine new faces as its party members, while the conservative LKP has introduced four. The minor liberal Justice Party has also recruited new members, including a Philippines-born former lawmaker who was previously associated with the conservative Saenuri Party.

While the recruiting is criticized as a publicity stunt by some, it is also seen as a barometer of the party's value and goals, as well as an opportunity to reach out to potential supporters.

For this year's general election, major parties were seen aiming to scout little-known "average people" who represent social minorities or have overcome their limits to contribute to the public good. 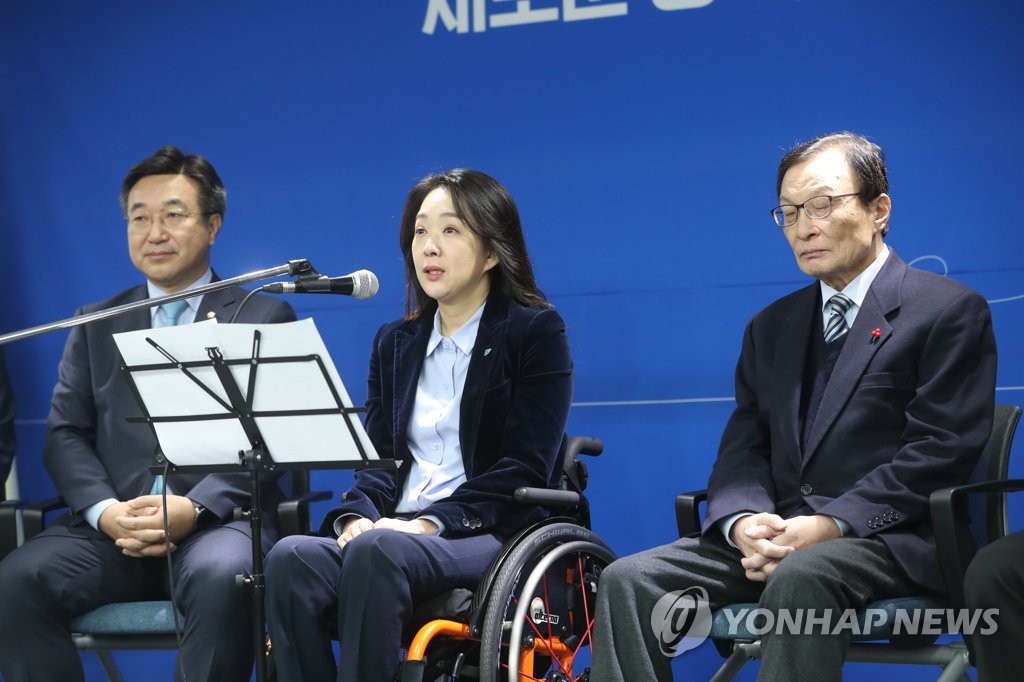 A day after Christmas, the DP unveiled its first recruit -- a 41-year-old professor who specializes in physical rehabilitation and doubles as a disability rights activist.

Choi Hye-young, who was a university student studying to become a ballerina, was diagnosed with quadriplegia and spinal paralysis following a car accident. Choi had to give up her dancing ambitions but instead became a vocal advocate of disability rights, contributing to mandating disability awareness education at workplaces.

In a press conference, she stressed how she is "an average woman" who hopes for a better world.

"I'm an average woman who does not own much, but I came here thanks to the Democratic Party that encouraged an average person like me to change politics. ... I hope for a world in which our children do not feel having a disability is something of an inconvenience."

Two weeks later, the LKP also announced two of its strategic recruits -- a North Korean defector who advocates for human rights in the communist country and a tennis coach who first joined the MeToo movement in the sports sector.

Ji Seong-ho, 39, became one of the world's most well-known defectors after he held up his crutches as U.S. President Donald Trump introduced him in a 2018 speech. Ji, who received cheers and a standing ovation, lost his left and leg in a train accident when he was a teenager in the North.

Kim Eun-hee, 28, sued her tennis coach who sexually abused her as an elementary student and shared the experience publicly in 2018, becoming the first female athlete to join the MeToo movement.

Acknowledging the LKP's not-so-favorable reputation among younger voters, Ji and Kim both mentioned how they were initially reluctant to join.

"It is true that the LKP has not properly dealt with human rights issues, but I had faith in a change after hearing they are preparing some practical measures," Ji said.

"I felt my thoughts did not align with the party's values," she said, "But I (eventually) felt that the party's color is not a big issue in (resolving) human rights issues and felt its determination to solve human rights agendas." 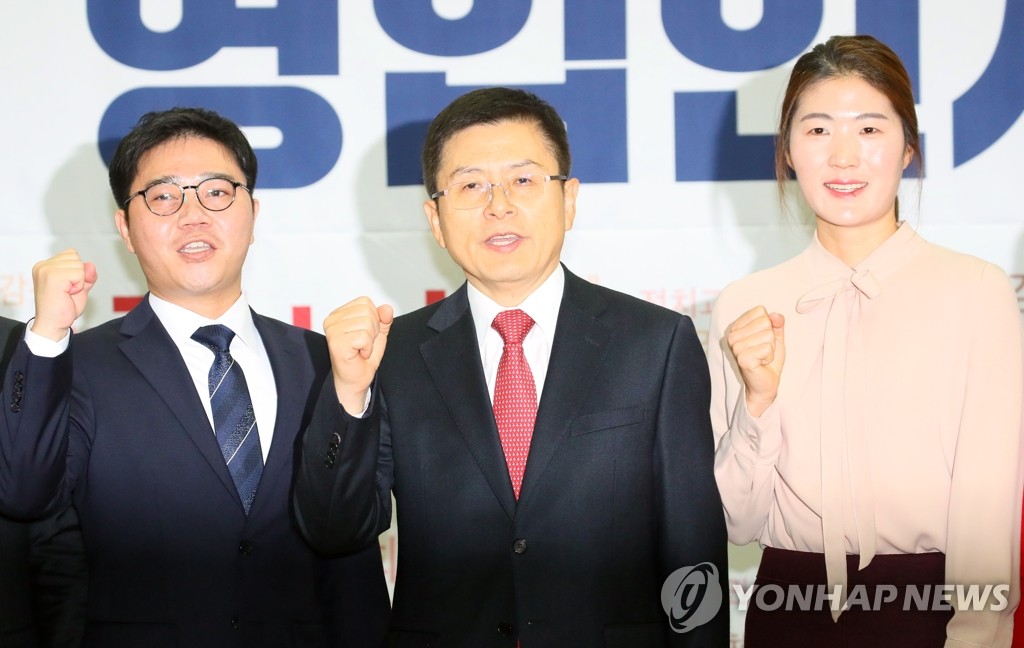 The ensuing list of the strategic recruits are mostly in line with Choi, Ji and Kim.

They include a working mom-slash-entrepreneur who successfully built up her career following a hiatus to look after her children, a former firefighter demanding better work conditions for colleagues and a young man in his 20s who was raised by a blind mother.

Both parties have not publicly laid out concrete career plans for the new recruits, such as a guaranteed proportional representative seat or a senior party post.

However, with their dramatic life stories of grit, courage and passion, they have already started to help their respective parties rebuild their images ahead of the upcoming election.

They may even play bigger roles in the current political landscape where the percentage of people who do not support any parties reached 27 percent, the highest since October, according to a poll by Gallup.

"The recruitment was a way of showing our firm will to commit to new politics based on ... the young, the average, the minority and the weak of our society," a DP official said after announcing Choi as a new party member.

LKP leader Hwang Kyo-ahn also said the party will strive to be "responsible" in helping achieve Ji's and Kim's goals.

Both parties are expected to unveil more strategic recruits over the next few weeks as they gear up to vie for a bigger stake of the 300-seat parliament on April 15.