The captain got back related documents, including passports, and was granted approval for departure by Indonesian authorities, according to the ship-owning company and South Korea's embassy in Indonesia.

The LPG carrier was en route to Singapore at the time of the seizure. South Korean authorities plan to conduct a probe into the incident when the ship arrives in Singapore on Saturday.

The ship company said the health conditions of the crew members appear to be good, adding it will provide necessary support.

Another South Korean cargo ship, named CH Bella, is still being held in Indonesia on the same charges. The ship that carries four South Koreans and 19 Indonesians was seized last week.

"We are closely cooperating with Indonesia's Navy over the issue," said a military attache in South Korea's embassy in Indonesia. 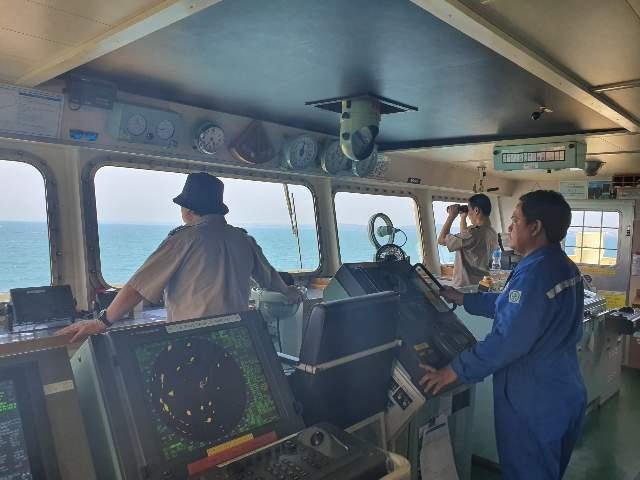