Kim "together with his wife Ri Sol-ju visited the bier of anti-Japanese revolutionary fighter Hwang Sun-hui" on Friday to "express deep condolences over her death," the Korean Central News Agency said.

A deputy to the North's rubber-stamp parliament and curator of the Korean Revolution Museum, Hwang died Friday at the age of 100, it said.

"(Kim) looked round the bier in bitter grief over the death of a precious revolutionary forerunner," it said.

"A witness of the great anti-Japanese war, Hwang was a veteran fighter of the first generation of the Korean revolution and a steadfast female revolutionary who dedicated her all to the accomplishment of the revolutionary cause of Juche (self-reliance) pioneered on Mount Paekdu," it said. 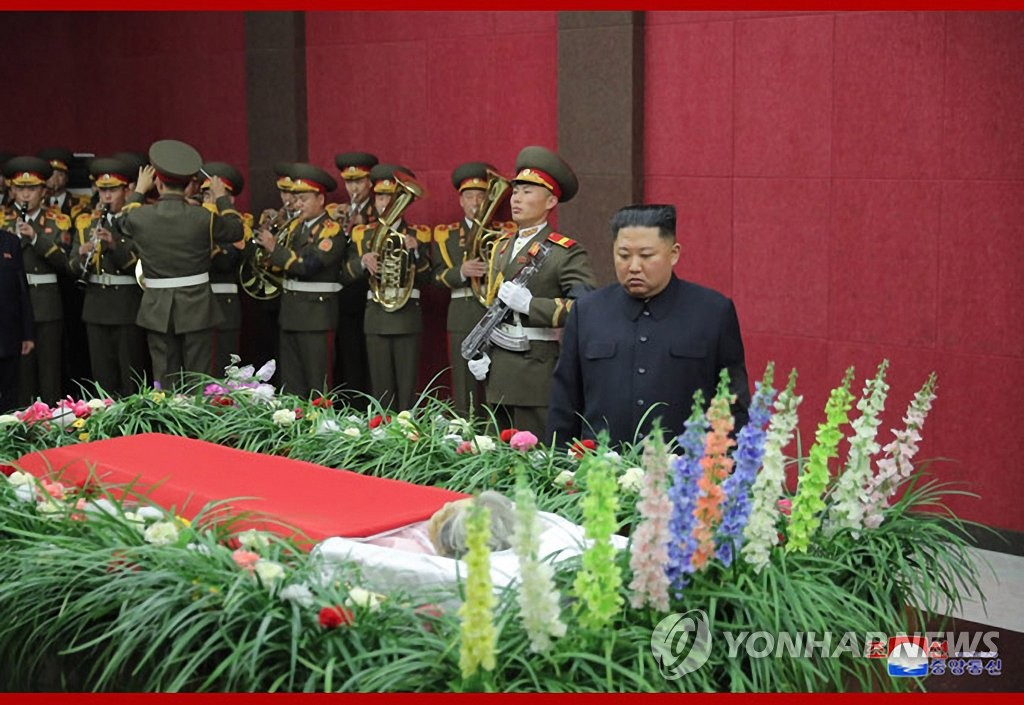