SEOUL, Jan. 20 (Yonhap) -- South Korea's exports to Canada have shot up 14 percent since the implementation of their free trade deal, data showed Monday, despite increased protectionism and the slowing economy around the globe.

Outbound shipments to Canada stood at US$5.6 billion in 2019, compared to $4.9 billion posted in 2014, according to the data from the Ministry of Trade, Industry and Energy. The two countries implemented the bilateral FTA in January 2015 after decadelong negotiations.

The combined trade between South Korea and Canada also shot up nearly 10 percent since 2014 to reach $11.3 billion last year, which translates into an annual rise of 1.9 percent on average. 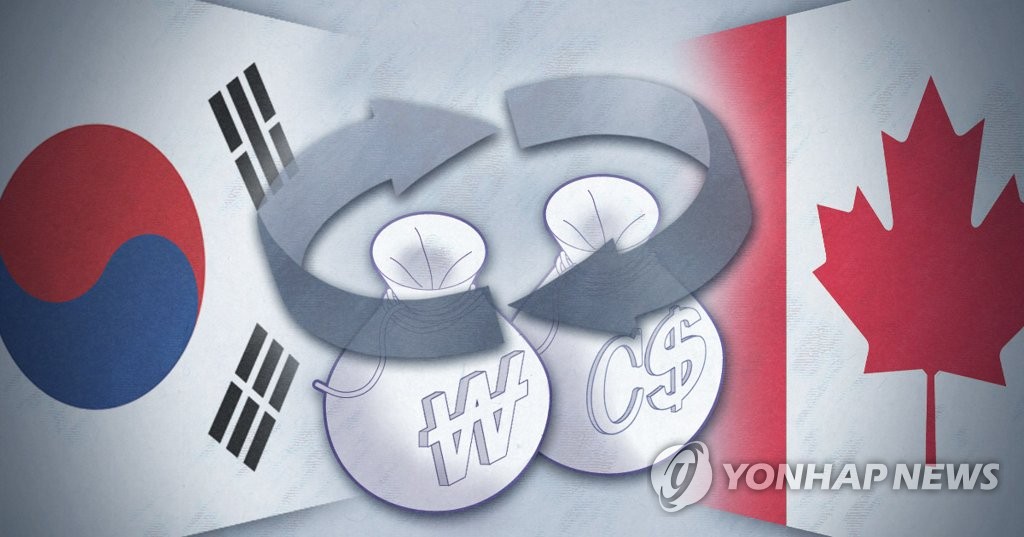 The country's exports of cars to Canada especially moved up a whopping 20 percent to $2.5 billion in 2019 from 2014. Outbound shipments of mobile devices also gained 34 percent to $461 million over the period.

The ministry also touted the FTA for supporting the local agricultural industry, saying that South Korea's exports of related goods to Canada shot up nearly 50 percent to $82 million from 2010-2014 to 2015-2019.

In contrast, imports of Canadian agricultural goods by South Korea moved down 16.7 percent over the period to $363 million.

Protecting the agriculture segment has been a major priority for South Korea due to its political sensitivity.

South Korea, meanwhile, has been making efforts to diversify its trade portfolio, mainly to ease its excessively heavy dependence on the United States and China, which account for 40 percent of its combined exports.

Such an imbalanced portfolio has made South Korea one of the major victims of the Sino-American trade war.

In 2019, South Korea's exports plunged 10.3 percent on-year in 2019, with exports dipping for 13 consecutive months as of December. This year, exports by Asia's fourth-largest economy are expected to rebound 3 percent.

Korea's exports to Canada surge since launch of FTA

Korea's exports to Canada surge since launch of FTA