SEJONG, Jan. 20 (Yonhap) -- South Korea will focus on promoting economic cooperation this year with Russia, Mongolia and other countries located north of the Korean Peninsula in line with the diplomatic initiative of its New Northern Policy, Finance Minister Hong Nam-ki said Monday.

Hong made the remarks at a meeting with economy-related ministers earlier in the day.

South Korea "will bolster economic cooperation with northern countries to pull off accomplishments from the New Northern Policy," Hong told the meeting.

President Moon Jae-in set up the Presidential Committee on Northern Economic Cooperation in May 2017 to spearhead a diplomatic campaign to strengthen economic and other cooperation with nations in the northern region, including those in Eurasia.

Under the initiative, South Korea will expand its cooperative scheme with Russia in the sectors of railroad, electricity, gas, ports, agriculture and fisheries, the finance ministry said. 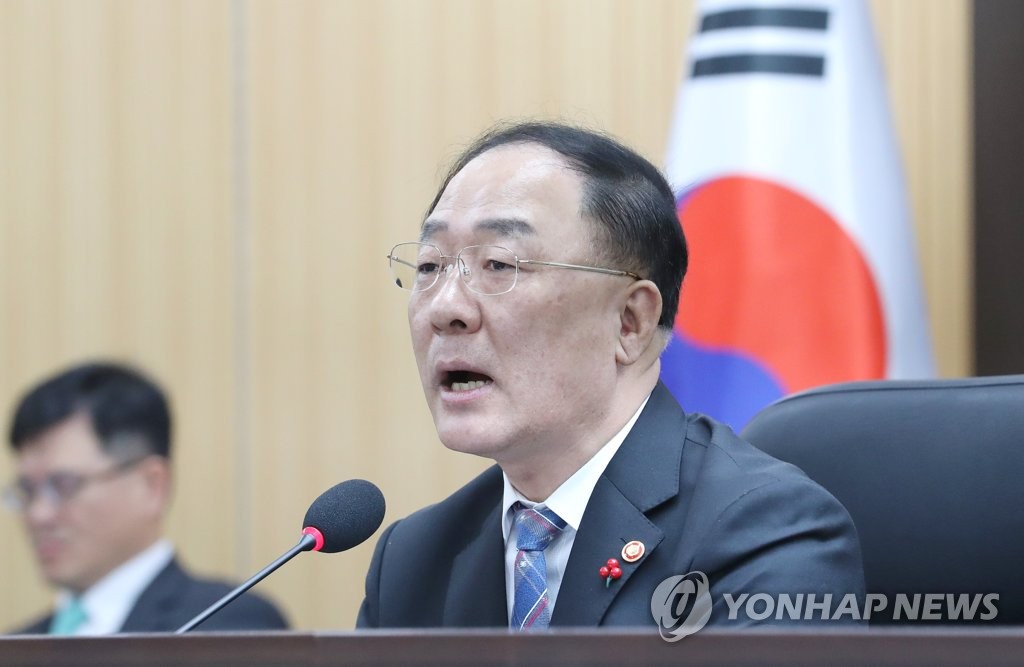 South Korea will also seek to sign bilateral free trade deals with countries located north of the Korean Peninsula, according to the ministry.

South Korea will spare no efforts to help conclude a mega Asia-Pacific trade deal by the end of this year by forging deeper ties with the Association of Southeast Asian Nations (ASEAN), Hong said.

ASEAN and its dialogue partners -- South Korea, China, Japan, Australia and New Zealand -- effectively reached an agreement on the Regional Comprehensive Economic Partnership (RCEP) in November last year, with the goal of signing the pact within this year.

Although nuclear diplomacy between the United States and North Korea has been stalled, South Korea will make full preparations to promote economic cooperation with Pyongyang if there is progress in nuclear diplomacy, Hong said.