SEOUL, Jan. 20 (Yonhap) -- South Korea said Monday it seeks to expand its outbound shipments of agricultural goods by 6.7 percent to hit US$7.5 billion in 2020 by diversifying its product portfolio and penetrating deeper into emerging markets including Southeast Asia.

In 2019, exports of agricultural goods reached $7 billion, compared to $6.9 billion posted a year earlier, according to the Ministry of Agriculture, Food and Rural Affairs. Last year, South Korea's overall exports slipped 10.3 percent amid growing protectionism around the globe.

Outbound shipments of fresh goods especially shot up, rising 8.3 percent on-year to hit $1.38 billion in 2019, beating its previous annual record of $1.27 billion posted a year earlier. Shipments of processed foodstuffs, on the other hand, edged down 0.1 percent over the period to $5.6 billion. 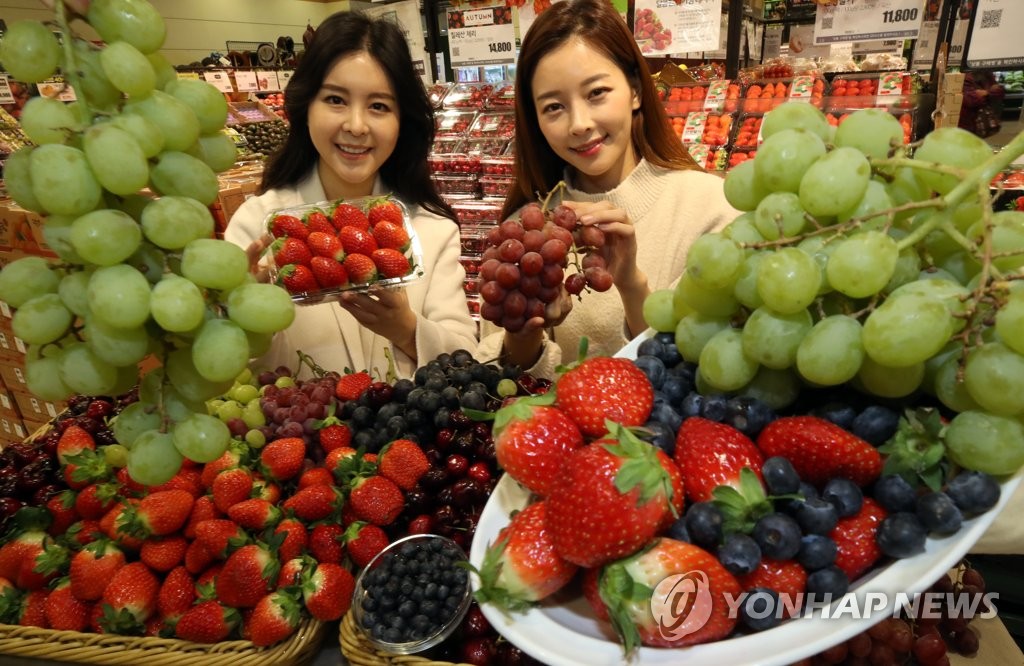 This year, South Korea said it will focus efforts to further promote exports of agricultural products, fostering them as new growth engines for Asia's No. 4 economy.

In line with the efforts, the ministry said it plans to beef up overseas sales of grapes and strawberries, making them join the so-called $100 million export club within the next five years.

Last year, only three categories, namely ginseng, kimchi and processed rice products, saw their export volumes hover above the $100 million threshold. Kimchi is a traditional Korean side dish eaten with most meals.

South Korea will also forge deeper ties with emerging economies under its iconic New Southern and New Northern policies in order to revamp its export portfolio, which currently depends on Japan, China and the United States.

For example, the ministry said it will assist local exporters to beef up their retail infrastructure in Vietnam to ship more fresh goods and join hands with hallyu celebrities to promote South Korean products.

Hallyu refers to the popularity of Korean TV shows and music that have secured hordes of fans in Asia, Europe and the Americas.

Outbound shipments to Japan, meanwhile, moved up 7.8 percent on-year in 2019 to $1.42 billion, despite the monthslong trade dispute between Seoul and Tokyo. Exports to the U.S. climbed 9 percent to $874 million over the period.