SEOUL/ULSAN, Jan. 20 (Yonhap) -- Ulsan Mayor Song Cheol-ho was questioned Monday over an ongoing probe into allegations that some presidential officials conspired to help him win the mayoral seat in a 2018 election.

Song, 71, was being questioned at the Seoul Central District Prosecutors Office this morning for the first time regarding the election-meddling allegations, according to political and legal sources with knowledge of the matter.

The mayor, who successfully ran as a ruling Democratic Party candidate for the mayoral race in the industrial city, 400 kilometers southeast of Seoul, is known to be a close friend of President Moon Jae-in.

Former mayor Kim Gi-hyeon, who was seeking reelection as a main opposition Liberty Korea Party candidate, has argued that Cheong Wa Dae ordered Ulsan police to deliberately raid his office a few months ahead of the election.

Kim claimed that some presidential officials compiled a document on bribery allegations involving his confidants based on tips from the city's former vice mayor, which prompted the raid that negatively affected his election campaign.

Prosecutors have carried out multiple raids at government offices, including the police headquarters and the finance ministry, for the probe. Their attempt to search Cheong Wa Dae this month, however, fell through as the presidential office refused to cooperate, citing a procedural issue. 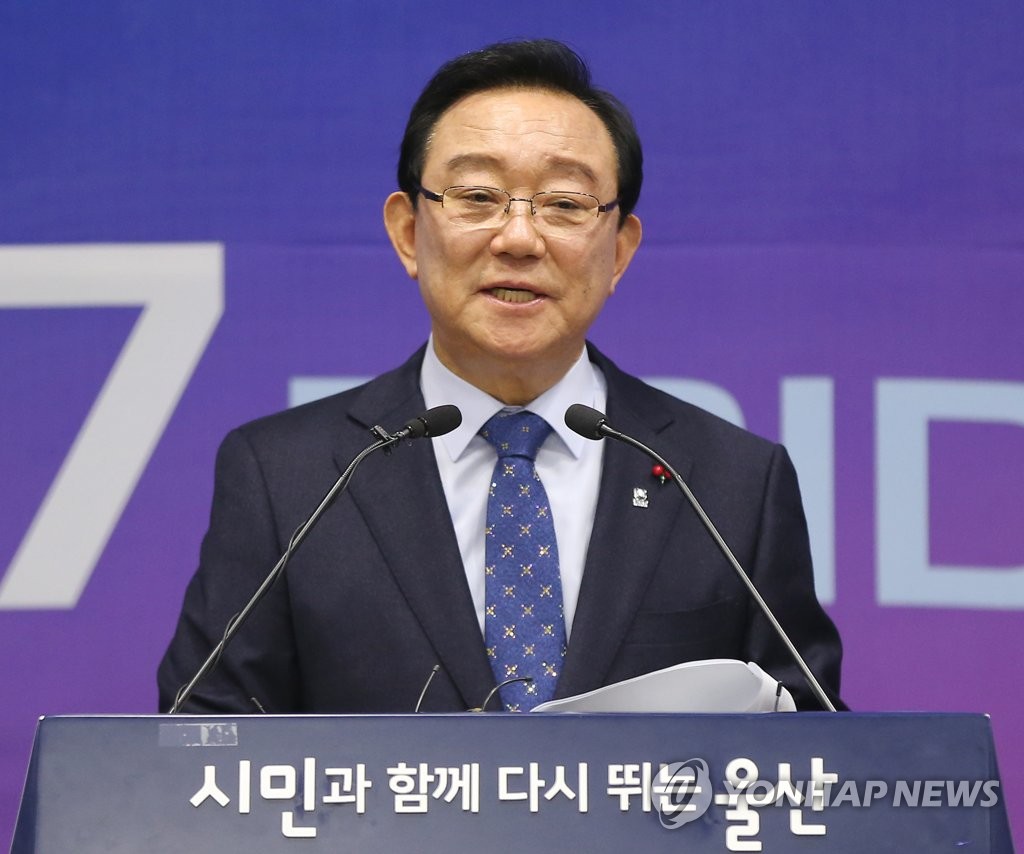