KATHMANDU/SEOUL, Jan. 20 (Yonhap) -- The search for four South Koreans missing in the Himalayas was suspended due to inclement weather hours after being resumed, Seoul's foreign ministry said Monday.

The four South Korean school teachers, from the central province of South Chungcheong, remain unaccounted for following an avalanche while they were trekking at the popular Annapurna Base Camp in northwestern Nepal on Friday. Three Nepali guides are also missing.

Heavy snowfall and rain have been hampering the rescue efforts. Avalanches that occurred at the scene on Sunday forced officials to suspend all search operations.

Nepali authorities resumed the ground and air searches at around 8 a.m. Monday (Nepal time), sending about 50 rescue workers and two helicopters to the scene, according to the Ministry of Foreign Affairs.

A helicopter carrying the military rescue team, local police and South Korea's quick response team left the airport in Pokhara, a city near Mount Annapurna, and attempted to land at the site of the accident.

"The rescue operations came to a halt due to inclement weather conditions at 1:15 p.m.," said the ministry. "Nobody has been found yet."

Some family members of the missing trekkers boarded another helicopter to see the site of the accident.

An official from Nepal's tourism ministry said Sunday the search could take 20 days as the weather needs to clear for the authorities to start looking for the missing tourists, Reuters reported.

It quoted one of the rescuers as saying that the operations could take even longer because they need to wait for the snow to melt. 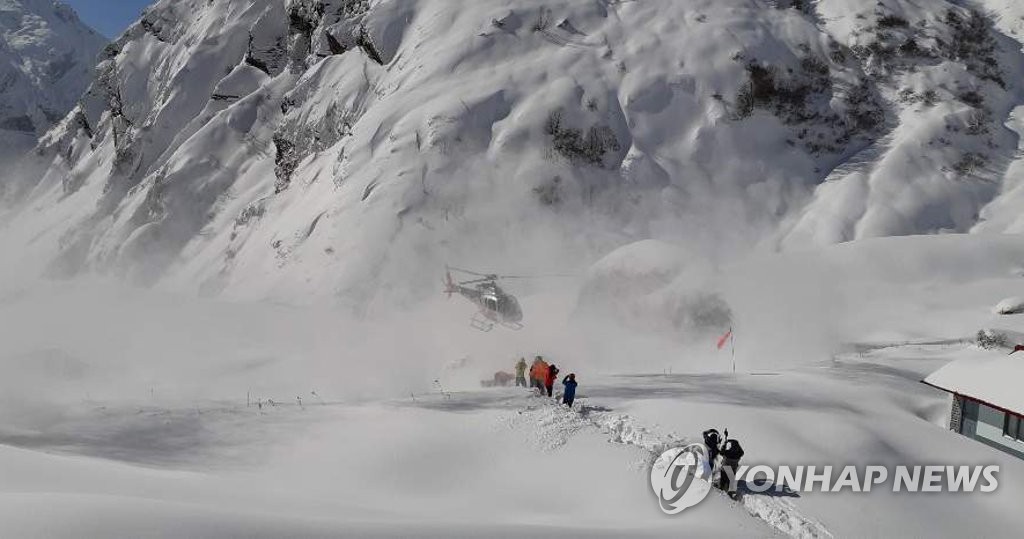 Um Hong-gil, a prominent South Korean climber who is in Nepal to assist with the search, told Yonhap News Agency on Monday that the accident site appears to be in the worst situation.

"A person who went close to the scene told me that a huge chunk of ice that had been piled up on high grounds for a long time collapsed along with the snow," Um said. "This snow and ice has poured down into a deep valley and likely won't melt well even when the spring comes. I am afraid that the search might be prolonged."

Um brought a drone and other equipment from a rescue center he recently built with a South Korean company at the Machapuchare Base Camp to lend support to the search operations. He plans to fly the drone to the accident site to help better grasp the situation.

Officials said earlier it takes three days by car and foot to arrive at the scene of an accident from Pokhara, the nearest major city, which is about 200 kilometers west of Kathmandu.

South Korea has dispatched an emergency response team of government officials and others to Kathmandu, the capital of Nepal, to assist the search operations.

The four missing -- two women in their 30s and 50s and two men in their 50s -- were among a nine-member team on a trekking course in the Deurali part of the Annapurna Base Camp when the avalanche engulfed them. The five others were rescued by a chopper from a nearby lodge. 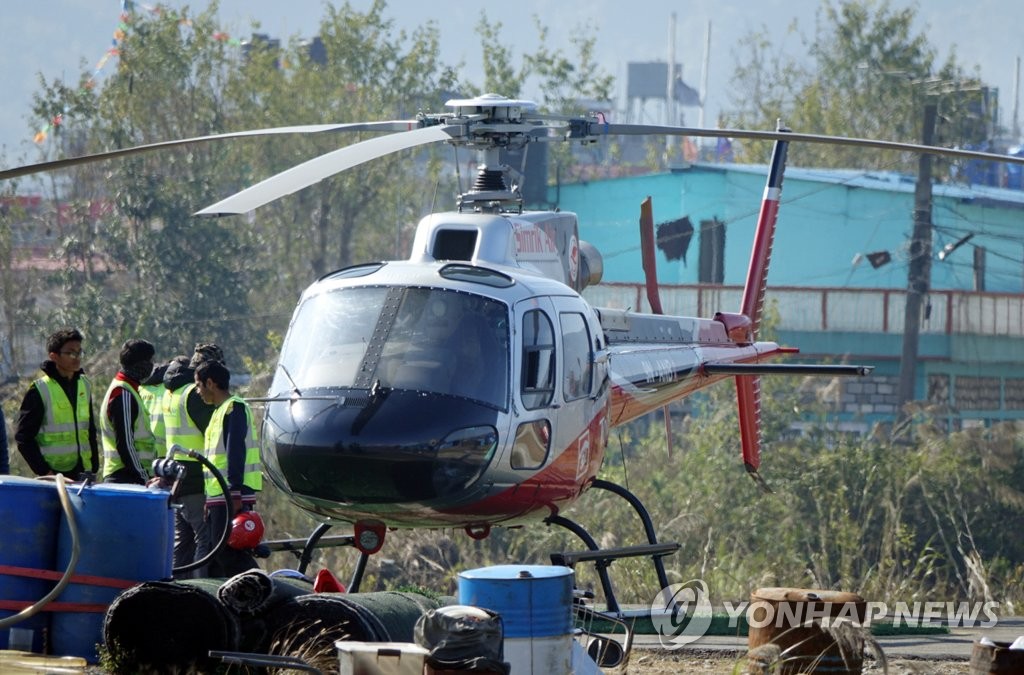