SEOUL, Jan. 20 (Yonhap) -- President Moon Jae-in on Monday sought to assure the public that South Korea's economy has apparently bottomed out and said his government will make every effort to maintain the recovery momentum.

"In the new year, indications are being seen that our economy is getting better and bouncing back," he said at the start of a weekly meeting with senior Cheong Wa Dae aides. The president's opening remarks, open to pool reporters and cameras, during the session are used to deliver his public message.

Moon cited a rebound in exports, in particular, driven by the manufacturing sector. Outbound shipments of South Korea's main exports items such as chips, automobiles and ships have been growing, according to economic data.

"The government will actively try to maintain such a positive trend," he said, reaffirming its commitment to accelerating the push for "innovative deregulation." 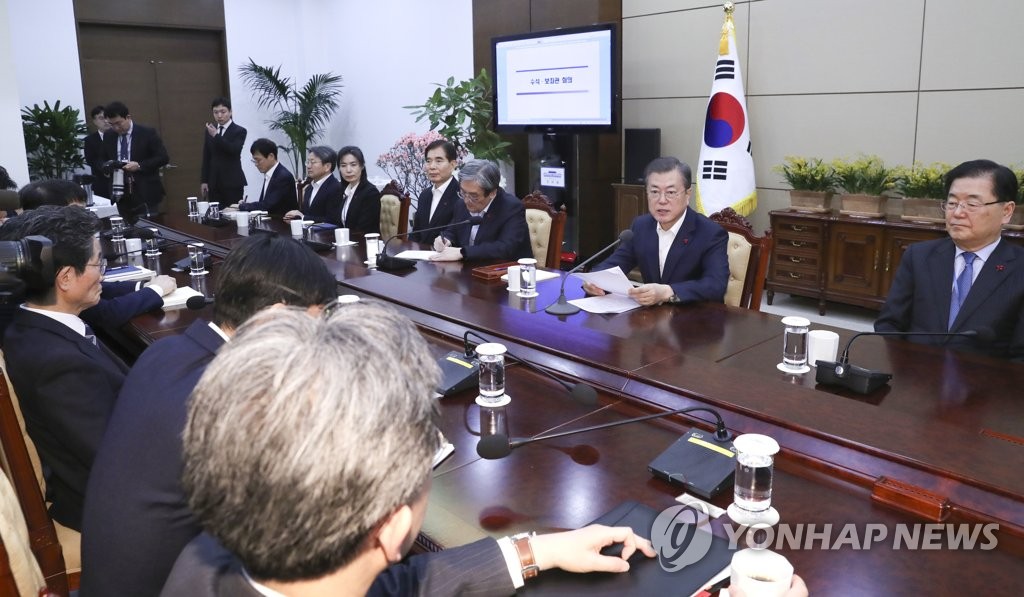 "(The government) will make more efforts for the nurturing of new industries for future growth engines and put vigor into the economy by spreading the startup boom," he stressed.

Moon said his liberal administration will also continue its drive to bolster the "inclusiveness" in society, indicating an expansion of welfare services and social security networks.

With the Lunar New Year holiday season to start on Friday, Moon called for the authorities to double-check safety measures over transport and other infrastructure, as well as in connection with disaster response.