The producer price index for all commodities and services came to 103.71 in the month, up 0.7 percent from the same month in 2018, according to preliminary data from the Bank of Korea (BOK). 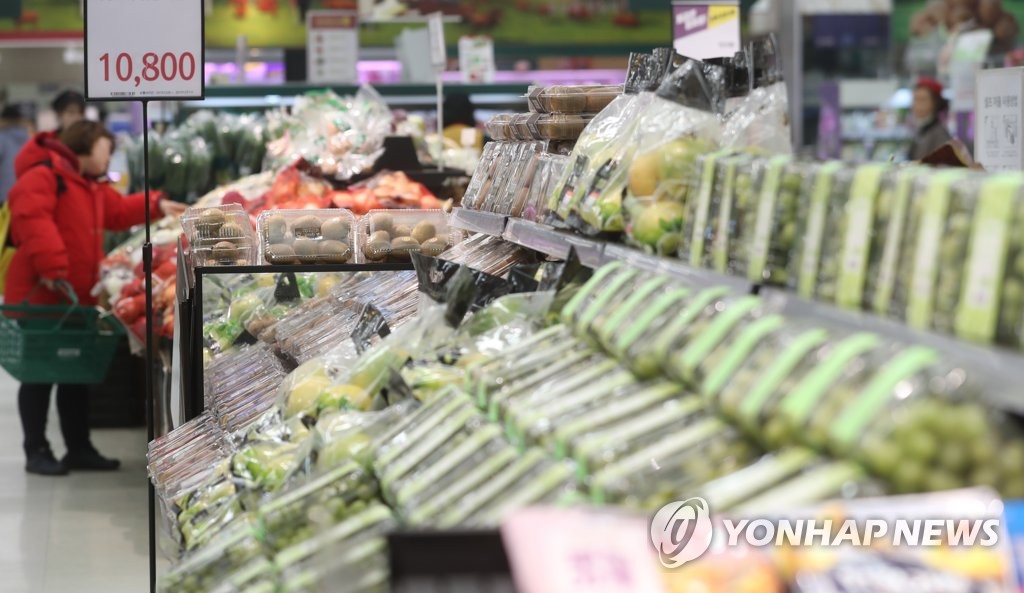 The on-year gain in December marked the first of its kind since July.

The reading also marks a 0.3 percent increase from the revised 103.41 registered the month before.

Producer prices are a key barometer of future inflation.

South Korea's consumer prices have been growing at record low levels throughout 2019, gaining only 0.4 percent from a year earlier in 2019, the lowest since the country began compiling such data in 1965.

Still, the producer price index for industrial goods continued to dwindle last month, slipping 0.2 percent from a year earlier to 102.06.

The index for farmed goods, on the other hand, jumped 2.1 percent on-year to 117.94, with the index for the service industry advancing 1.3 percent to 105.47 over the cited period.

The BOK has predicted the country's annual consumer price growth to reach 1.3 percent in 2020, sharply up from that of 2019 but still short of its long-term target of 2 percent.