The country's overall agricultural output is expected to reach 50.4 trillion won (US$43.4 billion) this year, standing nearly unchanged from 2019, according to the report released by the Korea Rural Economic Institute (KREI).

The combined output of the cultivated goods is expected to edge down 0.4 percent on-year in 2020 to 30.5 trillion won, following the reduced production of garlic and onion, the researcher said.

The output of rice and potato, on the other hand, is anticipated to gather ground on higher prices. 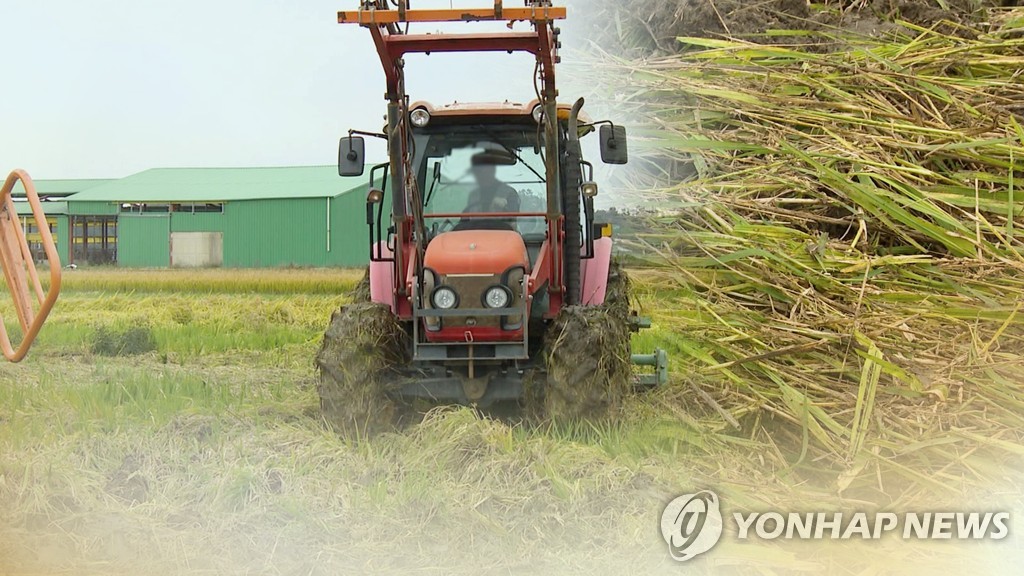 The country's production of meat and silk is expected to increase 0.7 percent over the cited period to 19.8 trillion won, with beef and pork leading the gain, the KREI added.

The average annual income for farming households is estimated to reach 44.9 million won in 2020, up 5.3 percent from the previous year on the back of the increased subsidies from the state.

South Korea's total arable land fell 0.6 percent in 2019 from a year earlier to 1.58 million hectares, according to the KREI, amid a fall in the farming population.

The total number of pigs raised in South Korea, meanwhile, is estimated at 11.3 million this year, down 0.7 percent from 2019 after the country carried out a massive culling of pigs amid an outbreak of African swine fever.