KATHMANDU/SEOUL, Jan. 21 (Yonhap) -- Search operations resumed in Nepal on Monday for four South Koreans missing after an avalanche in the Himalayas, amid dimming prospects of their survival as bad weather continues to interrupt the search efforts.

Special forces from Nepal's military arrived via a helicopter at a makeshift landing ground on Mount Annapurna, where the accident occurred, at about 10:25 a.m. (local time) and are conducting the search, according to Nepalese officials.

Some 50 other rescue personnel are also on standby for a ground search, but they need to wait for the weather to improve, they said.

"Although the situation is difficult due to the risk of more snowslides, I ask the Nepalese government to make continued efforts so that the four missing people can be found," Ambassador to Nepal Park Young-sik said in a press conference held in Pokhara, a city near Mount Annapurna, later on Monday.

Park expressed concerns that a prolonged search could tire the rescue team out, as well as some 20 residents from the area who have also been helping out in the search.

"That is what worries the families of the missing people as well," he added. 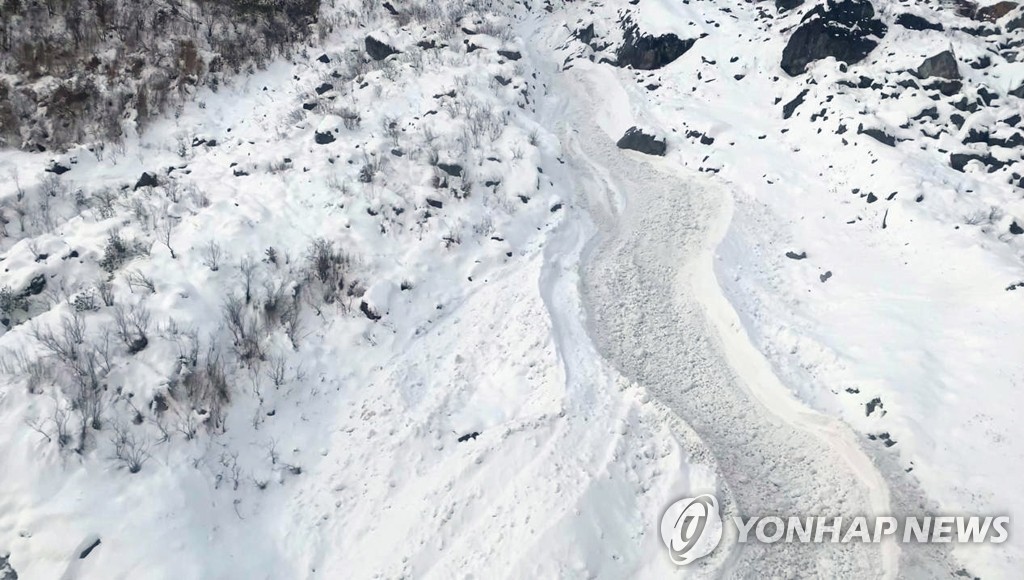 Karki, who's in charge of the rescue work, said that the rescue team has marked two spots at the accident site that reacted to signals sent from its electronic detectors.

The reactions could have come from electronic devices that belong to the missing people, suggesting that's where the four South Koreans are likely located, the police chief said.

The police chief said the rescue team has secured a red plastic bag and an unidentified yellow item that are believed to be belongings of the missing people.

He did not rule out the possibility of survival but said that future operations will depend on weather conditions.

Nepalese officials have mobilized military personnel and helicopters for the search operations. But heavy snowfall and additional avalanches that occurred following the accident have been hampering the rescue efforts.

An official from Nepal's tourism ministry said earlier that the search could take at least a few weeks as the weather needs to clear for the operation to speed up the process.

The four missing -- two women in their 30s and 50s and two men in their 50s -- were among a nine-member team on a trekking course in the Deurali part of the Annapurna Base Camp when the avalanche engulfed them. The five others were rescued by a chopper from a nearby lodge. 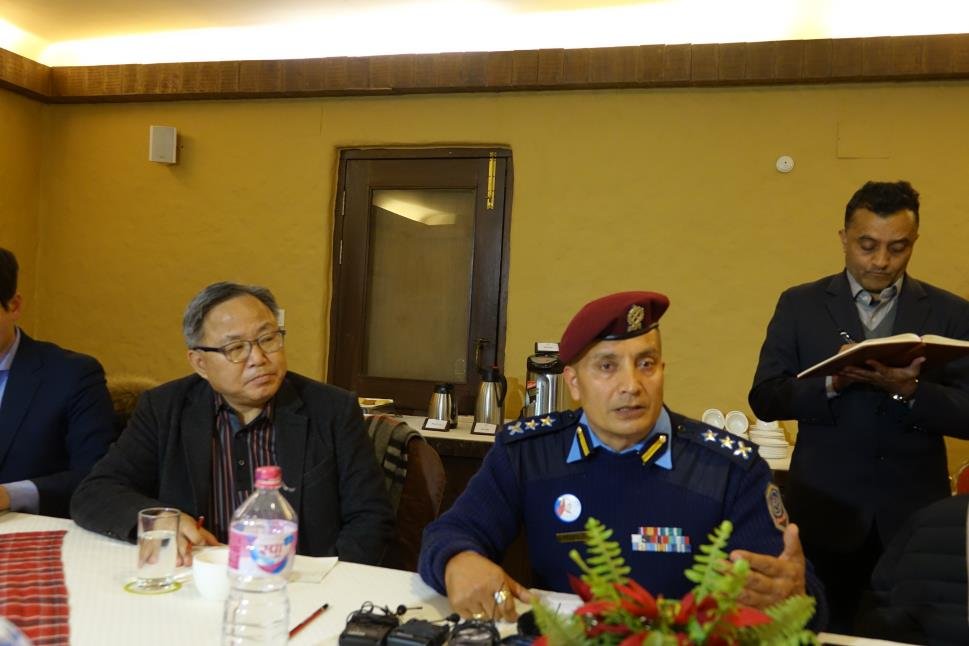