SEOUL, Jan. 21 (Yonhap) -- South Korea's quarantine authorities said Tursaday they are ratcheting up efforts to contain a new type of Chinese coronavirus amid reports that it could possibly spread among humans, after the country reported the first confirmed case of the SARS-like disease early this week.

Multiple media reports showed that two Chinese confirmed to be infected with the new strain of the pneumonia-like illness currently spreading in China and across other parts of Asia have never been to the central Chinese city of Wuhan -- where the virus appears to have originated. 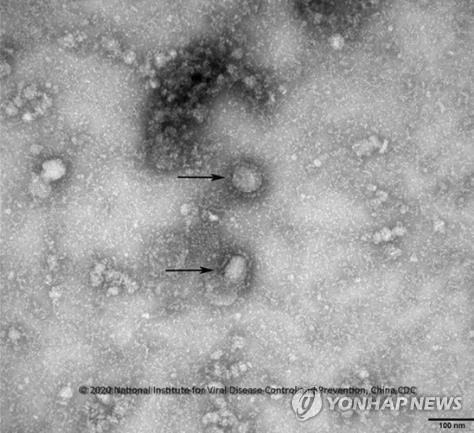 "There are circumstances in which the new coronavirus was transmitted between humans," Lee Sun-kyoo, an official of the Korea Centers for Disease Control and Prevention (KCDC), said. "We cannot give exact details as the matter is currently being judged."

The KCDC said it will take precautionary steps such as requiring medical staff to wear masks and mandating that those who show pneumonia-like symptoms be subject to compulsory quarantine.

A Chinese national who arrived through South Korea's main gateway, Incheon International Airport, was confirmed with the disease on Monday, and the 35-year old woman from Wuhan is currently being quarantined at a designated isolation ward and is in a stable condition, with no pneumonia-like symptoms present, according to the KCDC.

An epidemiological investigation shows that 44 people, including 29 passengers and 5 flight crew members, had contact with the patient, the KCDC said. Nine of them already left the country, and the other 35 people have not shown any symptoms.

The KCDC said that as of 9 a.m., three more suspected cases were reported, with test results slated to come out later in the day. 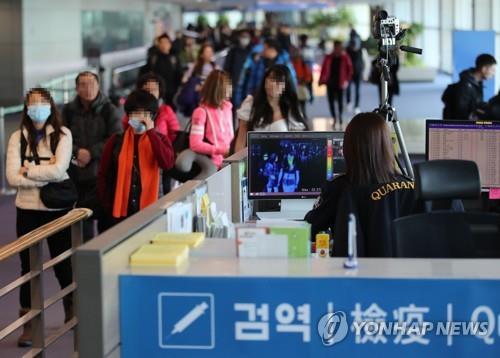 Gimhae International Airport, the gateway to Busan and southeastern South Korea, shifted to a heightened alert status. The Gimhae airport, which receives a large share of its international traffic from China, has no direct flight route to Wuhan of Hubei Province but operates a number of routes to other cities in China and Southeast Asia.

A KCDC official at the Gimhae airport said the agency is closely checking the body temperatures of international passengers arriving from China and other regions.

The airports have also been offering information and guidance on preventive measures for infectious diseases to China-bound travelers.

Overnight, Beijing put the death toll from the coronavirus at four, with 15 medical staff infected with the disease.

The head of a Chinese government agency also said during a TV interview that human-to-human transmission has been confirmed in an outbreak of the coronavirus, adding to worries it could spread more quickly and widely. Beijing had initially said the coronavirus was not contagious between people.