The Ministry of Science and ICT upheld its decision from December, which gave approval to the deal on condition that the merged company comply with fair business practices and keep employment stable.

The ministry's latest decision comes one day after the Korea Communications Commission (KCC) gave the merger deal its conditional approval regarding broadcasting laws.

It wraps up an eight-month review of the merger deal requested by SK Telecom and Taekwang Industrial Co., the parent firm of t-broad, in May 2019.

Under the deal, SK Telecom's shares in the merged company will stand at a commanding 74.4 percent, with Taekwang serving as the second-largest shareholder at 16.8 percent.

SK Telecom said the merged entity will be officially established in April.

The latest tie-up reshapes the pay TV landscape in South Korea into a three-horse race led by homegrown telecommunication firms. 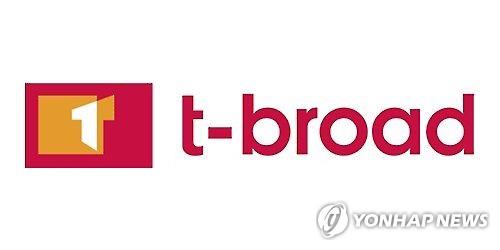 It is estimated the merged entity to be controlled by SK Telecom will take a 23.9 percent share of the pay TV market.