Rescuers pulled the driver, whose name was withheld, out of the submerged vehicle after it crashed through a rail of the Seongsan Bridge into the river that bisects the South Korean capital around 12:30 p.m. He was whisked to a nearby hospital but was pronounced dead around 1:38 p.m.

The authorities -- who initially believed there was also a passenger but later said the man was very likely alone in the car -- are working to retrieve the vehicle from the water.

A police source said it was not confirmed whether he was driving under the influence of alcohol, adding the police are looking into what caused the accident. 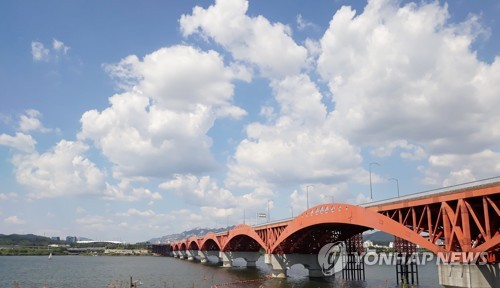