Finance Minister Hong Nam-ki made the remarks as exports fell 0.2 percent in the first 20 days of January, marking the lowest rate of decline in a year, as outbound shipments of semiconductors rebounded.

January exports are unlikely to rebound due to fewer working days later this month, Hong said, as the Lunar New Year holiday begins on Friday.

"Exports are likely to turn positive in February, partly due to a base effect," Hong told reporters after visiting a traditional market in Gunsan, about 270 kilometers south of Seoul. 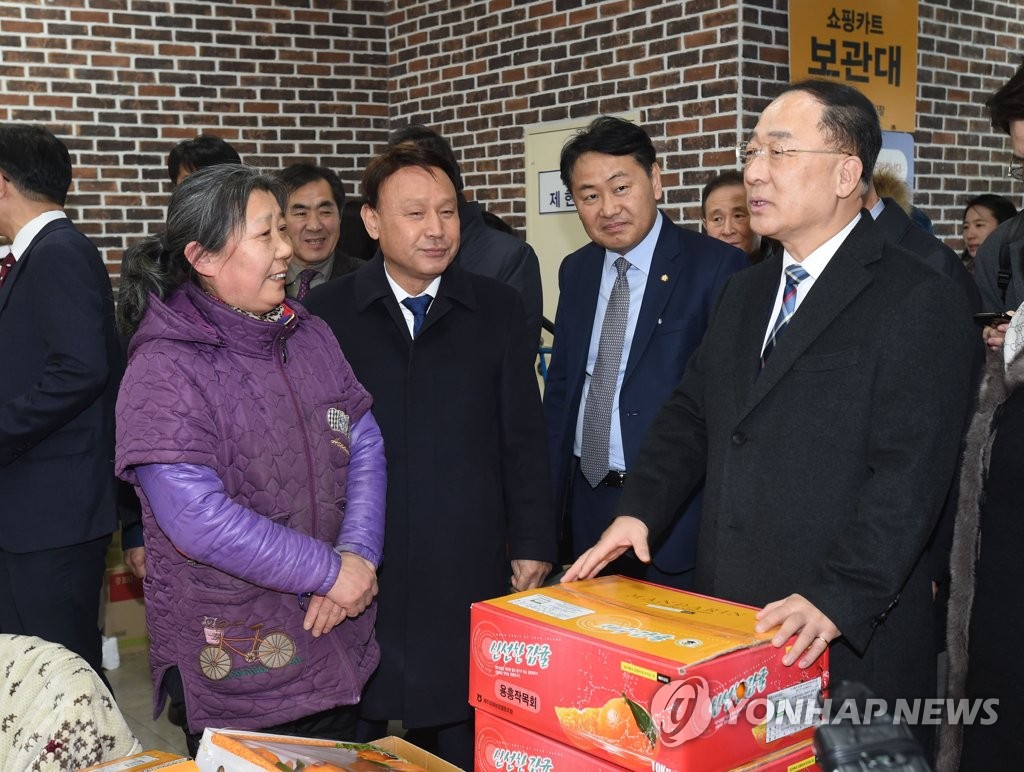 The country's exports stood at US$25.7 billion in the January 1-20 period, down $40 million from the same period last year, according to the Korea Customs Service.

By product, exports of semiconductors and petrochemical goods gained 8.7 percent and 19.3 percent, respectively.

South Korea's economy is expected to report its weakest annual growth in a decade for last year, hit by a lengthy U.S.-China trade war and a cyclical slump in the memory chip sector.

For December last year, monthly exports slipped 5.2 percent on-year to $45.7 billion to extend their slump to a whopping 13th consecutive month. However, this year's outbound shipments are forecast to rise 3 percent.